Bad behaviour in the parlour (again)

Before starting milking we separate those who need milking from those who don't.  So, all the goatlings (goat teenagers) and dry goats are moved to one side of the barn and all the milkers are moved to the other side so that they can all pass through the parlour.

Here's KiKi waiting patiently at the gate to come in: 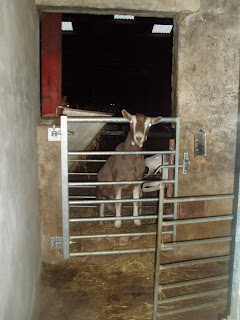 And here's young David demonstrating how to milk a goat! 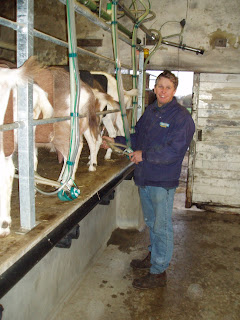 As the girls leave the parlour, they go down a ramp and along the outside of the barn to join all the goatlings etc on the other side. This ensures that goats only come through the parlour once and that we only have those who need milking. Nice theory ...

The main culprit is young Bassey (as in Shirley) who appears regularly at the outer gate: 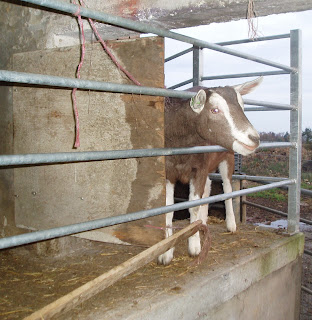 She stands and waits for the gate to be opened and then seizes her chance as she barges through in the opposite direction to everyone else going out: 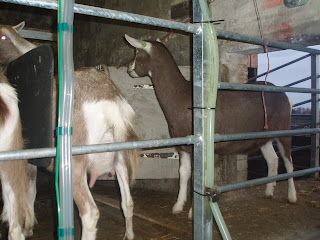 The main reason for doing this, apart from annoying the humans, is to check that there is no food left in any of the food troughs in the parlour.  And so, she works her way along every trough just in case ...

And no picture of the parlour would be complete without Tinky facing the wrong direction: 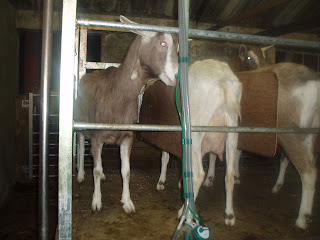