It's that time of year again .. the International Cheese Awards at Nantwich.  As usual we sent in a few entries to give our High Weald Dairy friends a bit of competition in the goatie cheese classes.  And, like last year, I was just scanning the results to find out what they had won when I did a bit of a double-take. 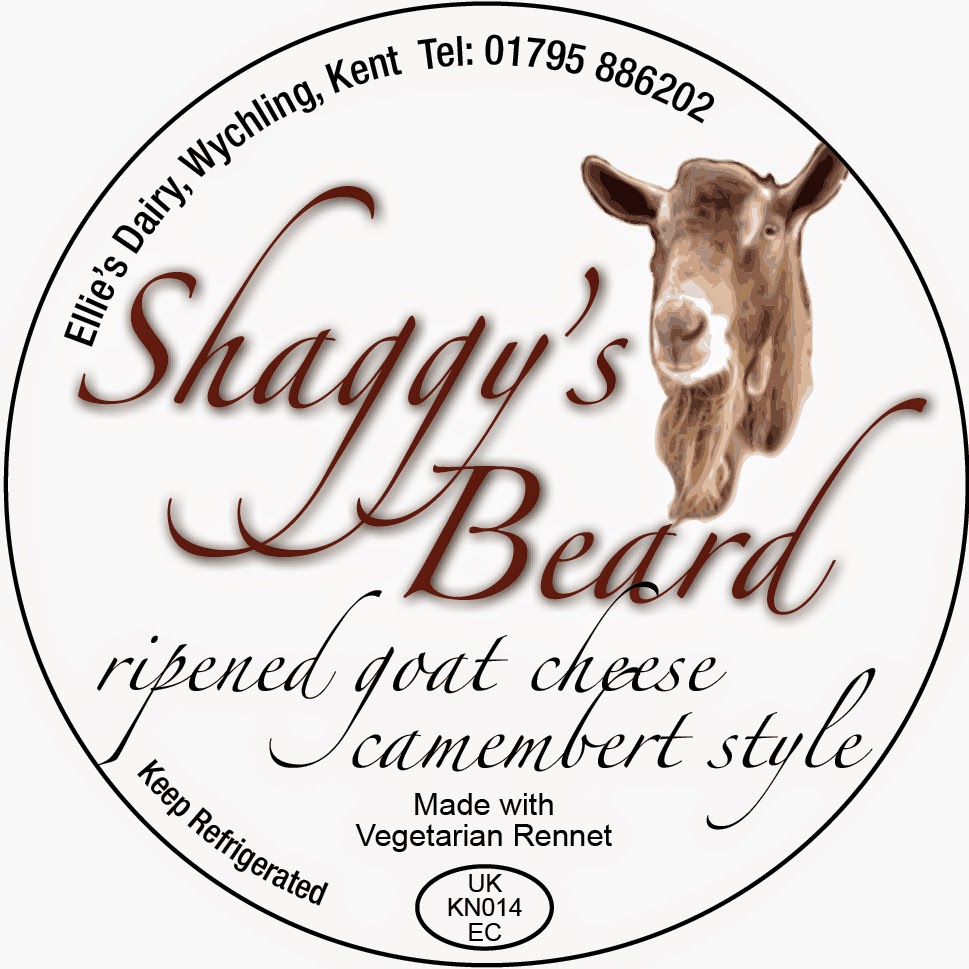 And, to cap it all, further down the list was Class DP202 ... Ellie's Dairy Smoked Cheese - silver medal!!!! This is great news for our colleagues at the newly opened Margate Smokehouse who smoke our delicious cheese over applewood.  A team effort .. well done us! 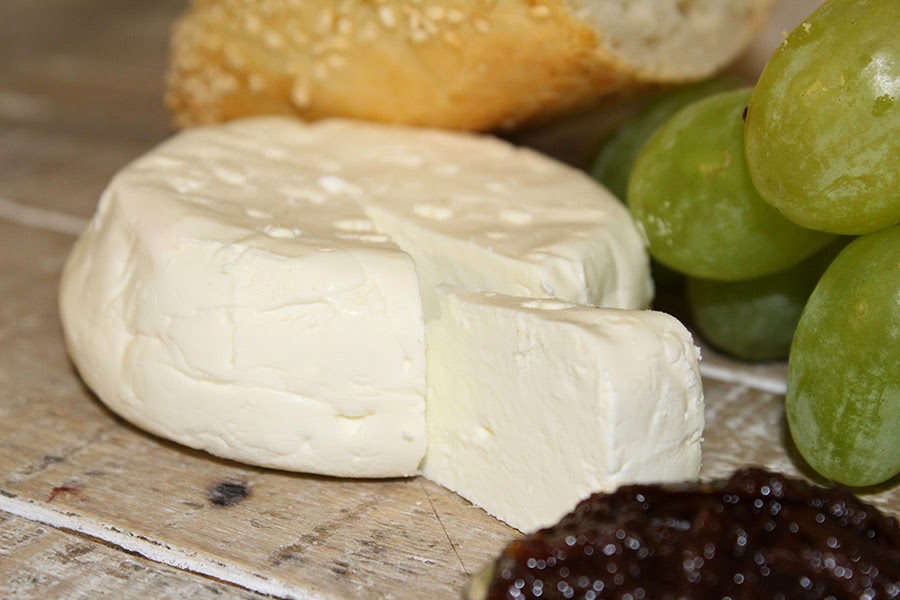 Still can't quite believe it ... just have to check those results again ...
Posted by Ellie Goat at 22:59 2 comments:

A week of broken things ..

You'll be pleased to know that the new van got fixed by those nice men at the VW garage.  Once again, I have to say that the service from VW has been absolutely stunning from start to finish.  Couldn't praise them enough.  They certainly know the meaning of 'customer service'.  Marvellous!

But sadly it has been a week of broken things .. my main cheese fridge packed up (and cannot be repaired) and the bulk milk tank packed up (as I was sitting on the hard shoulder of the A20 waiting for the AA man to arrive).  Fortunately, Jane the Cheese has a very useful partner and he whizzed straight over very late on the Saturday night to sort us out.  What a good chap he is!

And then, to cap it all, we had our main trailer stolen over the weekend.  A large 16ft trailer disappeared from our field.  Closer inspection showed that it had been pushed down the field to a gate on a secluded lane - the padlock on the gate had been cut, and then the trailer had been hitched up to a vehicle and driven away.  So we'll never see that again.  Just SO annoying that we badly need it this week for harvest to bring bales of hay back up from fields.  Hey ho ..

Last week we had another vet student working with us.  Tessa is from Liverpool Uni and she absolutely loved those goaties.  One of our little 'special needs' boys took a liking to her .. 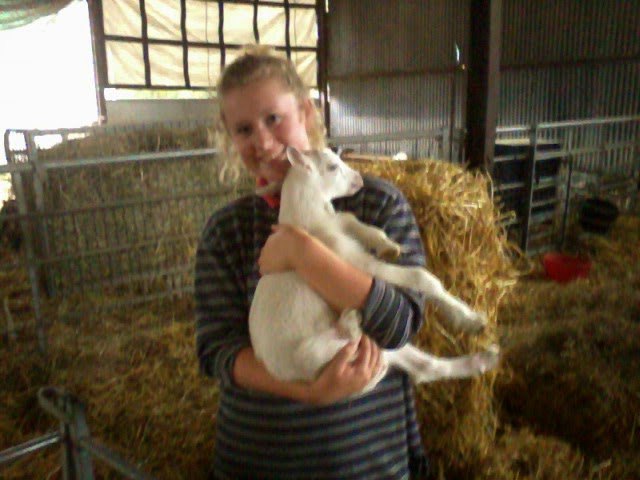 Tessa worked very hard during her stay and was absolutely worn out by the time she left.  Don't think that the extreme heat helped much!

Chickweed's babies are growing well - here they are fast asleep .. 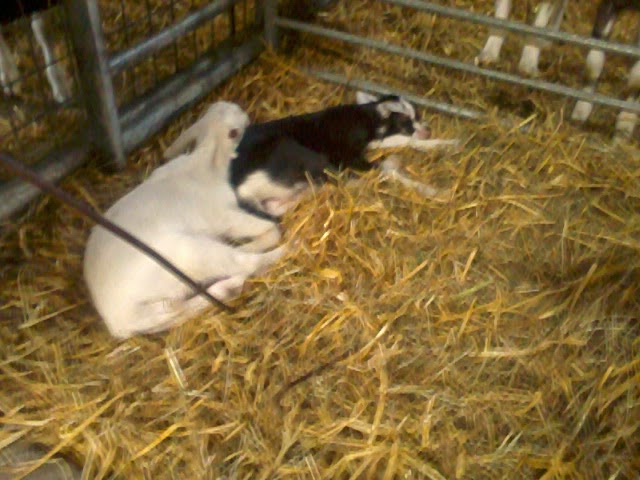 We suspect that there may be a few more new arrivals as a couple of the goaties have sprouted large udders  ... we will just have to wait and see what happens!

And .. who remembers the 'Naughty Corner' in the milking parlour?

Well, it is with regret that I have to inform you all that it has now been reinstated.  And this is the reason why .. 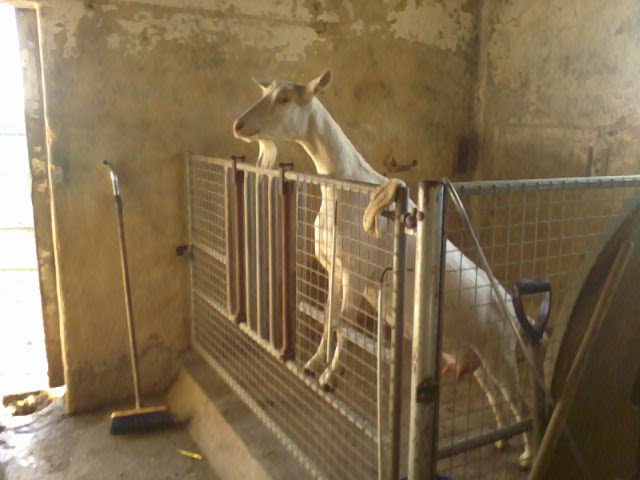 Meet Epi.  A very naughty young goatie who insists on coming back up the 'out' ramp and forcing her way back into the parlour in search of more food.  David tried to secure the gate at the bottom of the ramp to stop her moving it, but that didn't work.  So he put a large concrete block against it ... but she just forces it out of the way!  So, he admitted defeat and put her in the naughty corner.

I think she quite likes it in there actually!

And finally, just a wee clip of what happens when you put 2 large plastic crates into a pen full of kids.

The day started wet and foggy but everything soon cleared and the temperature at London markets soared to a very humid 29 degrees.

I worked at a very quiet Balham market whilst our new recruit Anthony wowed the visitors at the Horniman Museum.  Lots of interest in our goatie goodness apparently.

It was all going so nicely - everything fitted in the van ... all loaded and on my way home.

Soon after hitting the 'home straight' on the A20 at Sidcup, my van suddenly lost power and it was all downhill from then on ...

So this was how my journey back from market ended .. 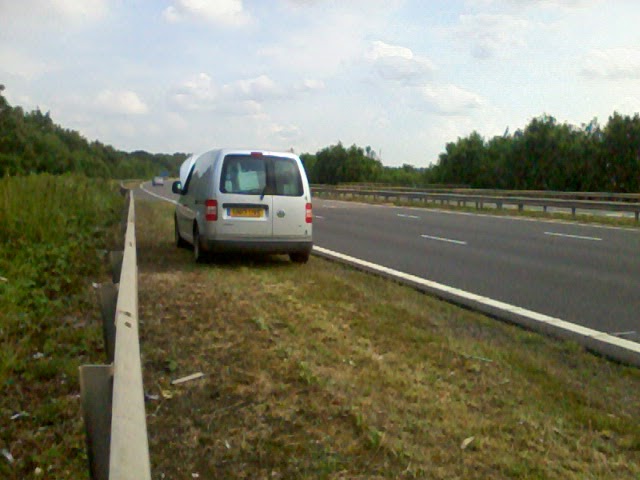 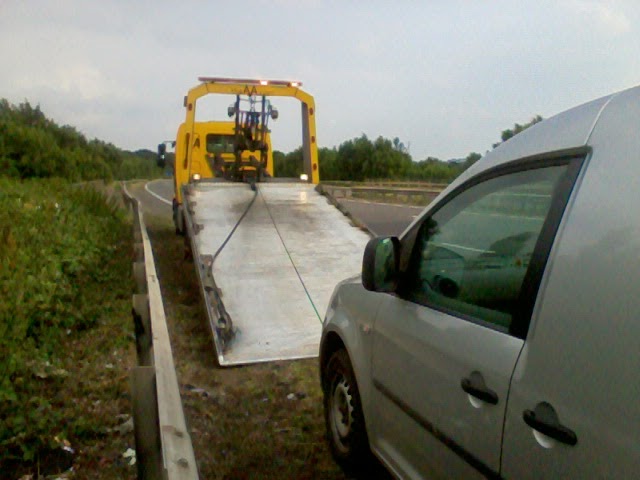 I have to say that the Volkswagen Assist people were absolutely stunning ... they kept in constant contact with me to give me updates on the arrival of the AA man/breakdown truck.  They tried desperately to find me a replacement van for tomorrow, but it proved too difficult late on a Saturday evening.  And the AA men were both very efficient and helpful.

And I will get to see another one of them on Monday when they come back to the farm to pick up the van and take it back to the VW dealer to be fixed.  C'est la vie ...
Posted by Ellie Goat at 23:14 No comments:

And you all thought that kidding was over for this year!  Not so, my friends ... There were a few girlies who had the pleasure of Daramac's attention at the very end of the season and who are now about to have their babies.

We have not had any of them scanned so cannot be certain who is pregnant and how many kids they are having .. so it will all be a lovely surprise!!  But we don't have long to wait as it should all happen within the next couple of weeks.

First out of the blocks tonight was our lovely Chickweed who spent most of the day lying around looking exceedingly plump and expectant: 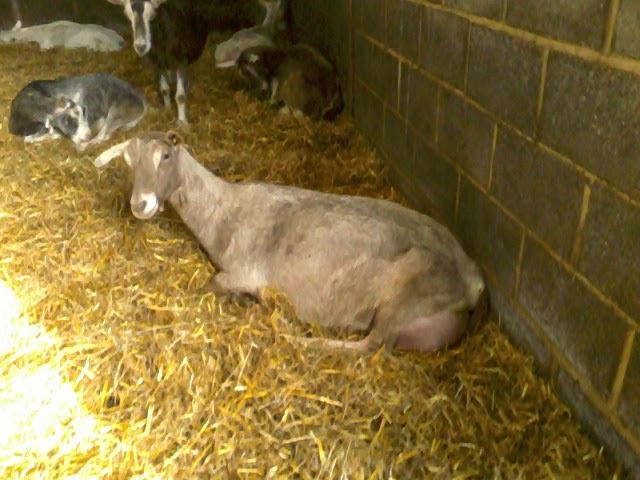 Then, just as we started milking, she began 'nesting' and chortling away to herself.  A short while later, out popped two lovely little babies ... a white boy and brown girl.  Up and about very quickly as you can see! 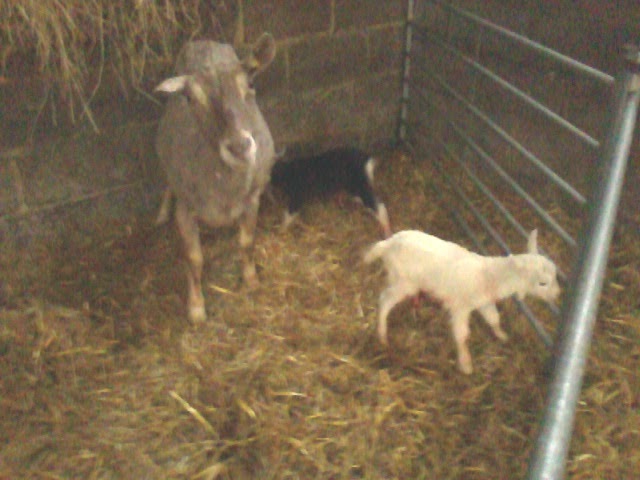 Proud dad was busy outside with his other ladies .. 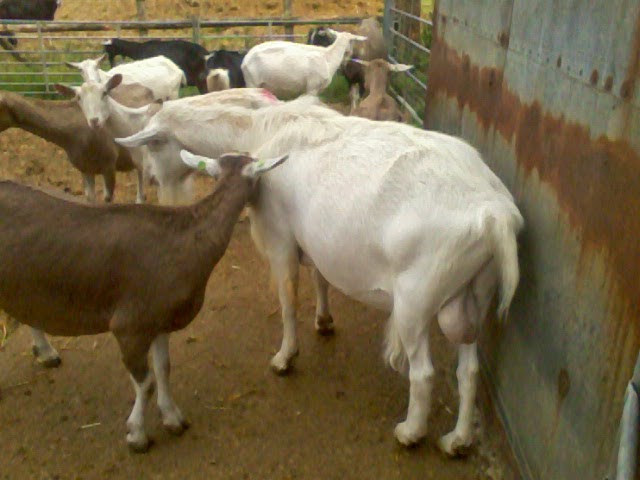 Here's  a pic of me with Daramac this morning - check out the size of mummy's little chap! 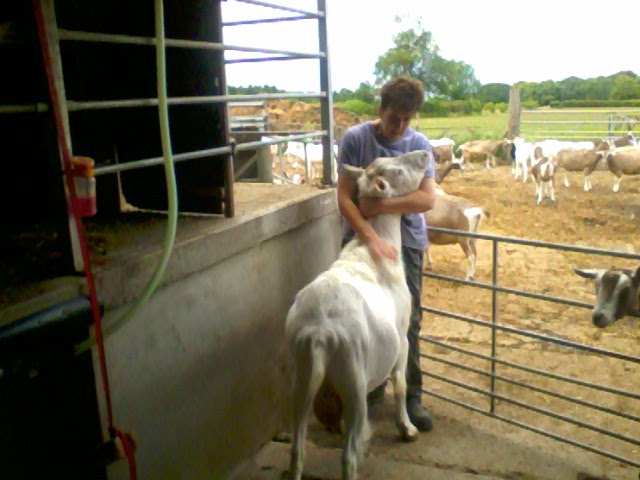 And a lovely pic of Humphrey with his dad .. 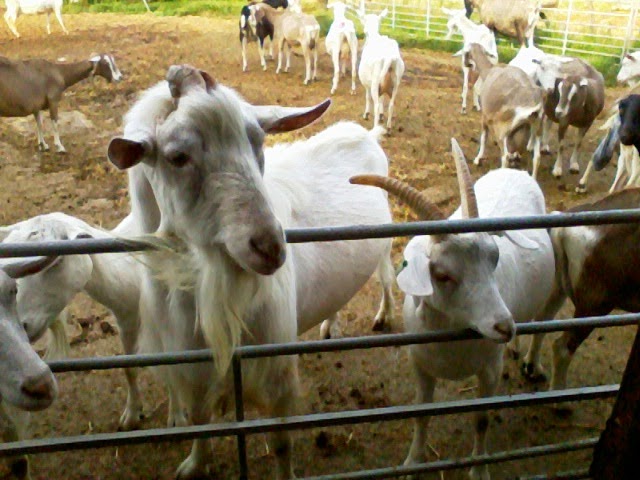 We were joined tonight by an old friend of David's who is on holiday from Norfolk.  Neil and his daughter Leoni helped with the milking this evening - they made a pretty good team so I reckon that David and I can go on holiday now and leave them to it!
` 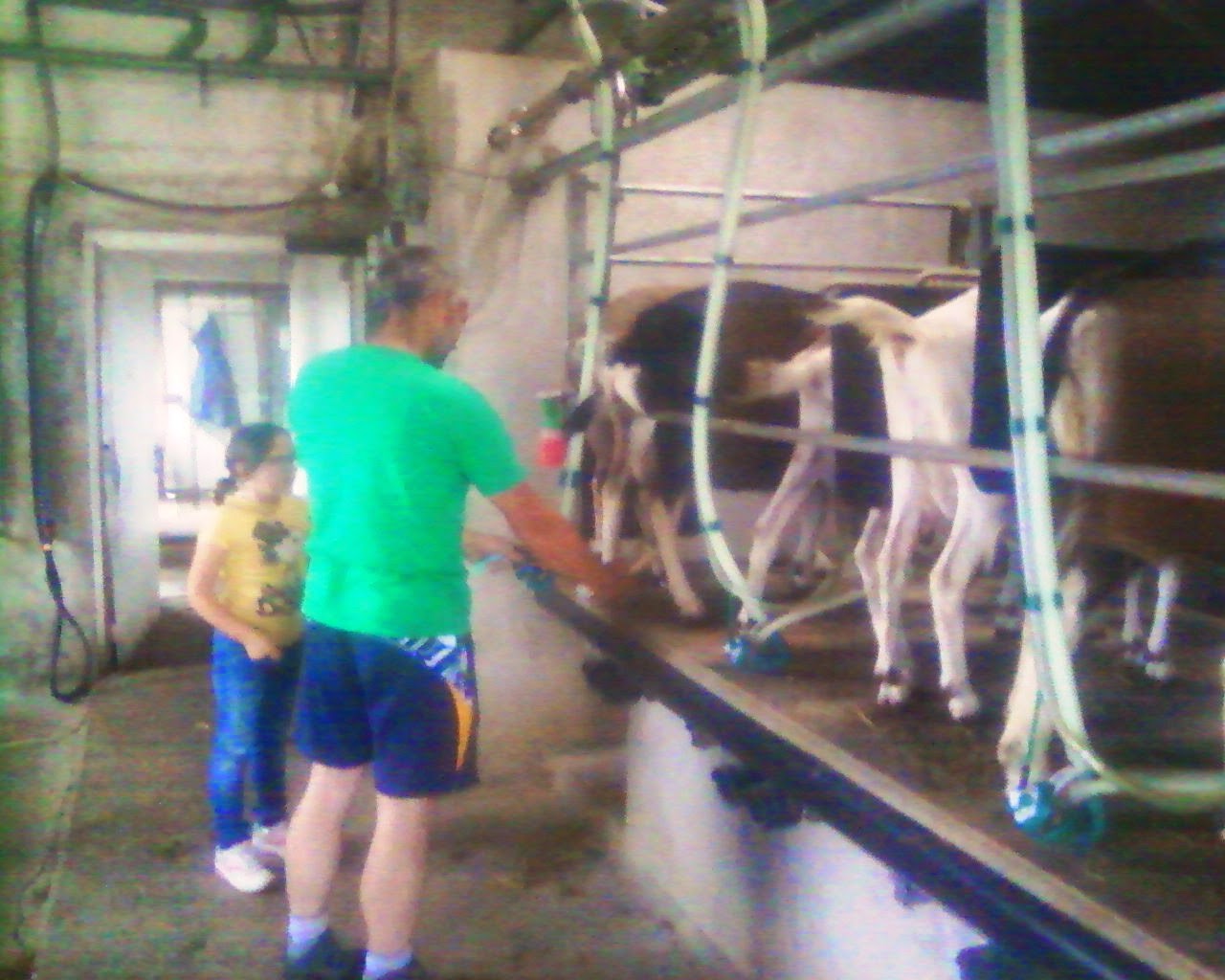 Leoni was thrilled to be present as Chickweed gave birth and, as an avid follower of our little blog, she was keen to catch up with some of our characters like Husky and Ginger.

Talking of which .. yes, Ginger is still up to her old tricks ..  Hard to believe that she can still squuuuueeeeeze through that gate.  But here she is .. 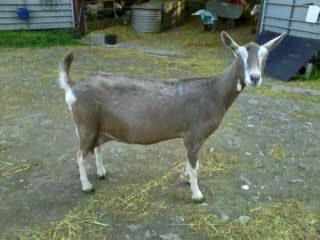 And another of our little characters .. Fizzy ... 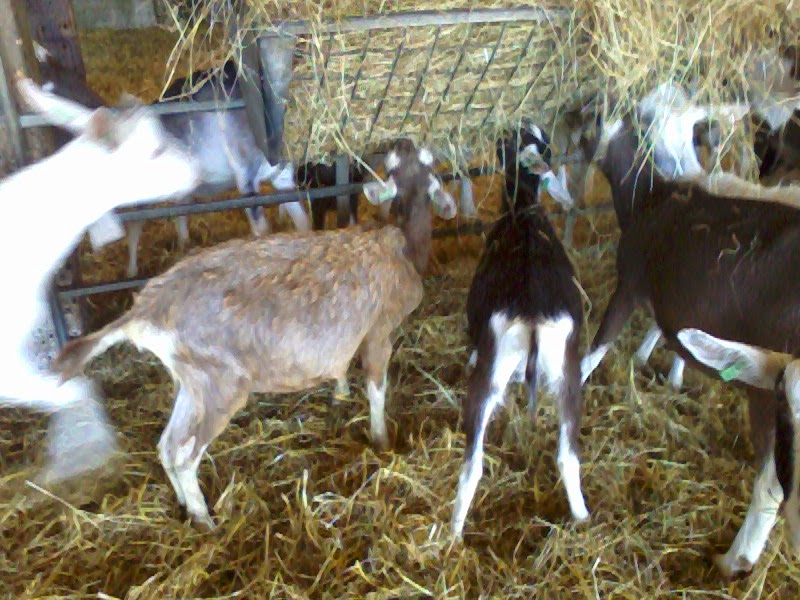 Still small and oddly-shaped but a real sweetie.  The kids who moved in with her last year are all goatlings now and have all grown bigger than her, even though she is 2 years older than them!  Soon she will have a new lot of kids to look after as the goatlings move back up to the main herd ready for mating season.

And finally .. one of those lovely photos that warms your heart on a chilly and extremely windy July evening ... 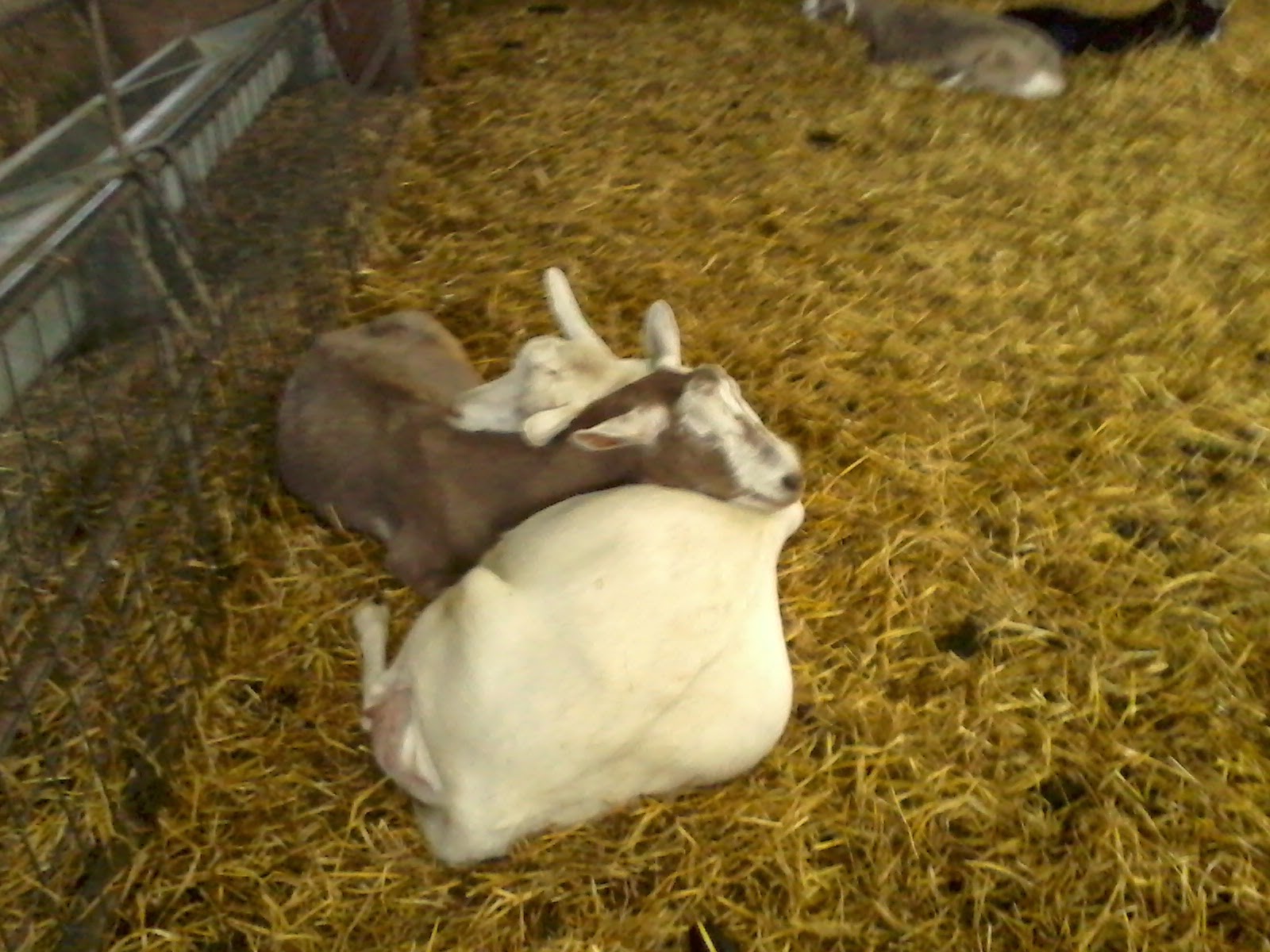 The brown goat is called Hokey.  She had a sister called Diggle who died when she was only a kid.  For many months, Hokey sat on her own and was clearly missing her sister.  But then she made friends with a white goat called Hermione who also used to sit on her own.  And now the two of them always curl up together.  They spend their entire day together and even come in for milking at the same time.  Good friends indeed.