The hottest day of the year was forecast for Tuesday - exactly the same day that I was due to take the second and final lot of kids to their new home in Herefordshire.  David had also intended to come with me but reluctantly decided to stay behind to make the most of the good weather and get the rest of the hay baled.  When the sunshine comes, you have to get harvesting!

Initially, we had reckoned on me leaving around 6am so that I would be with Andrew and Diane by lunchtime.  But the hotter the forecast got, the earlier my departure time became!

And so, around 2.30am on Tuesday morning, the babies were woken up in the darkness and gently loaded into a trailer.  There was great excitement as we set off and all the little heads poked out of the side to see what was going on!

Sunrise was somewhere around the M40 and we finally reached our destination just after 8am as the temperature was beginning to rise .. 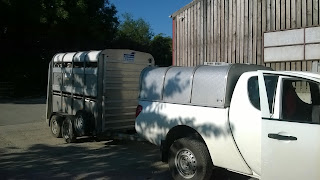 We unloaded them all into their great big new house .. 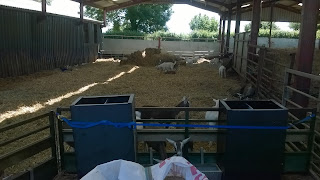 And they were soon tucking into their breakfast and investigating the new spaces under the hay rack! 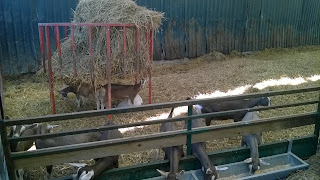 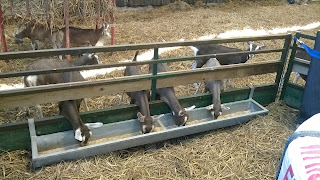 They settled down very quickly and looked like they had been there for ages!

These girlies (and 2 stud boys) are very lucky people to live on this farm as they will be well looked after, along with all the other goaties that we have taken there over the past couple of years.

It was fantastic to see their massive new barns and see how all our little girlies have grown into lovely big milking goaties. 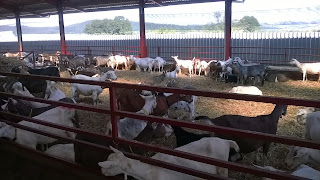 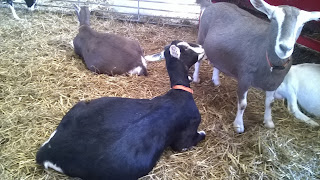 The girls are all very well looked after and Andrew cuts fresh grass for them all every morning .. 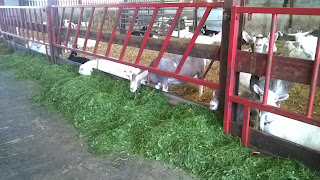 It is such a beautiful place .. would love to live there myself! 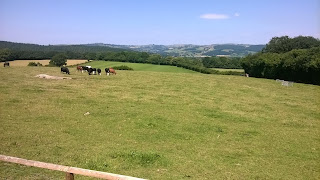 A day out with the Rackers ..

This week saw our annual visit to Rackspace Green Fayre near Hayes to see all those hardworking teccies.  We set up in our usual space on the grass .. 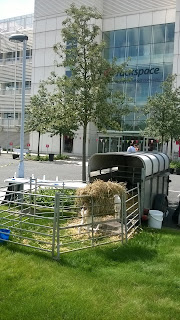 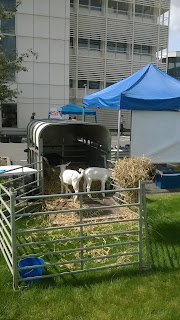 One of the Rackers, Els, had brought two of her lovely chickens along as well.  They were really happy scratching around on that perfectly manicured grass! 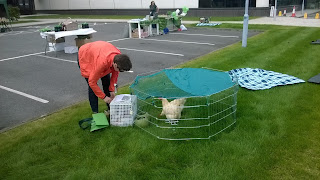 I had taken our 4 youngest babies out for the day.  They were a little nervous at first but soon came trotting out of the trailer to explore the big wide world .. 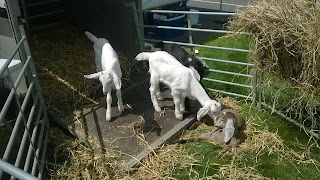 It didn't take long for people to start coming to visit and soon there were bottles of milk being handed out .. 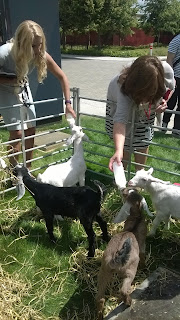 Some people just loved to get close to those cute little people! 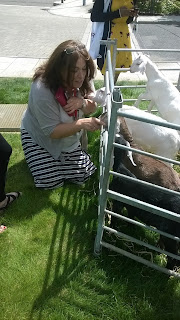 But the excitement was all too much and eventually everyone collapsed in a heap .. and they slept all the way home! 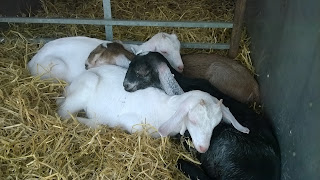 Oh .. and congratulations Serena! From someone who was named after you ... 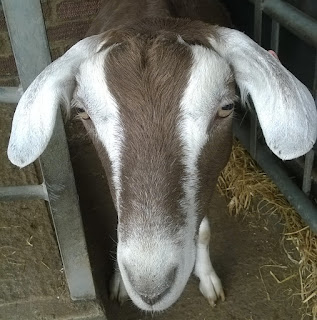