So who is Ellie? 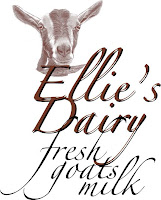 Having attended a Careers Fair at Hadlow College today as an exhbitor, and having been called 'Ellie' for the umpteenth time, I thought I would do a wee blog on the subject.

Not that I mind being called Ellie, you understand ..

So, as I have mentioned in a previous blog - Betty and Wilma were our very first two goats in 2004, closely followed by Ellie who came to us just a few weeks later.  All three came from a very good show herd in Essex.  Ellie (or Langhome Luella, to give her her proper name!) was the last female in an important breeding line of British Toggenburgs.  Her mother, Patrician Peace, was a Breed Champion and a very beautiful goat.  Here is Peace pictured with her owner, Gordon Turner, who bred Ellie: 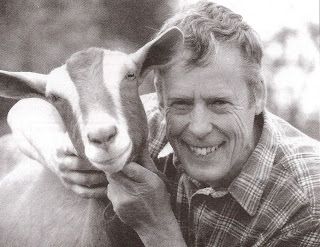 Here is Ellie as a young kid: 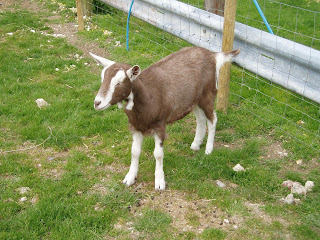 In the summer of 2005, I took all three of them to the Kent County Show - here is Ellie in the ring: 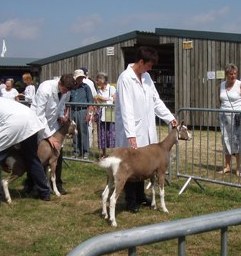 And it was at this show that I took the photo that was to become our logo: 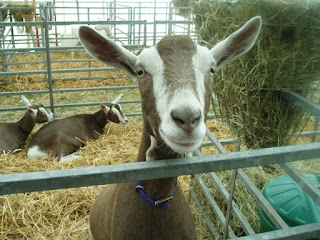 You can see Betty and Wilma in the background.


We decided to call our business 'Ellie's Dairy' because it had a nice ring to it and also because the very talented Whitstable artist Sue Clinker had done the most wonderful pencil drawing from the photo above: 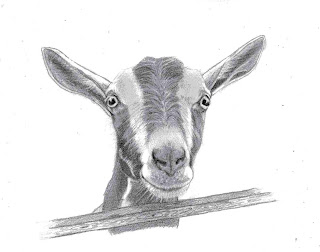 Ellie kidded for the first time in 2006 and produced two male kids, one of whom was Fremlin: 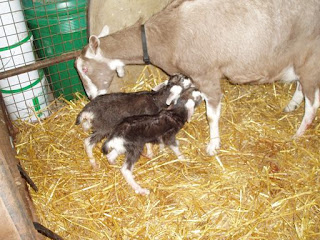 Amazing how these tiny things grow into huge smelly boys! 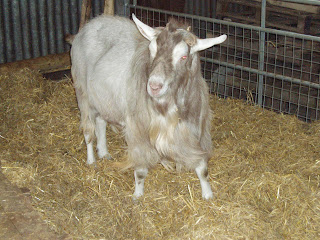 Bunnie was Ellie's next kid and she carries on the female line in our herd now, along with her kids Cilla and Ellie (junior).

Poor Ellie had a really bad time kidding in the years after Bunnie and ended up with an emergency caesarian in March 2009 - a fairly unusual operation for a goat. 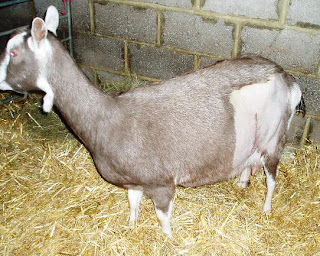 Despite the horrendous looking scar, which healed up totally, she made a complete recovery and we put her in kid again the following year.  But it was not to be.  Sadly, we lost her after another very traumatic kidding in 2010.

Bunnie gave birth to a daughter just three days after we lost Ellie and we decided that the new kid should carry on the family name - so she was named Ellie after her beautiful grandmother.  She is currently pregnant now herself and is due to kid in March.

So, there you go ... the original Ellie is watching from the big goatshed in the sky whilst little Ellie is getting ready to become a mum herself!
Posted by Ellie Goat at 22:02