And the barriers come down

David has spent the last couple of days mucking out the main barn and, in doing so, has taken down the barriers that separated Mary's goats from our unruly lot.  Poor Mary's goats!  They are doing really well actually as it is pretty stressful for them.  There hasn't been much fighting but they do tend to stick together as a group - safety in numbers I suppose!

You can see them here at the back of this pic - a little huddle of white goaties: 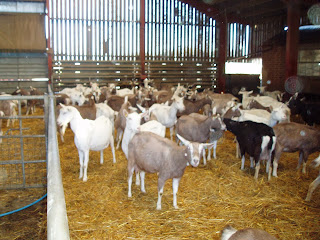 The weather was cold today but beautiful and sunny so we opened up the big front doors to let some sunshine in - a pretty rare thing over the past few weeks!  As the sun moved round, so did the goatlings.  They just stood in a group and basked in the sunshine for a while .. 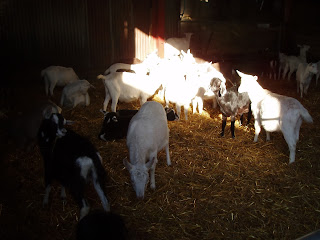 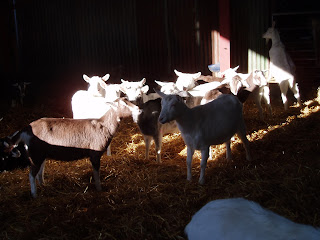 And as I was trying to get a photo of someone, Thelma decided that she needed to be in the picture ... 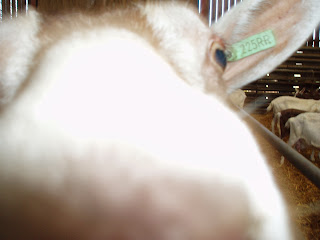