With so many babies due this year, we need to create as much space as possible in the main barn in preparation for kidding.  So, today we decided to move the remaining little meat boys down to the same barn as the little female kids.  Fortunately, Jane the Cheese's daughter Kelly is on half-term this week and so she volunteered to come and help.  An extra pair of hands is always useful when moving little goaties around.

As the little chaps are getting pretty handy with their horns now, we need to keep them separate from the girls otherwise it will be bedlam at feeding time!  So, we set up a large pen and moved the girlies out of the way of the back gate so that we could unload the little chaps from the trailer and bring them straight in.  Needless to say, this caused much excitement: 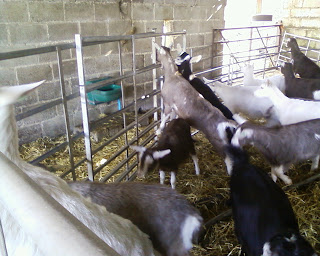 Next, David had to install a new water bowl for the little men.  Again, much excitement for the girls as there was now something the other side of the fence.  And, as we all know, things are much more interesting when they are the wrong side of the fence. 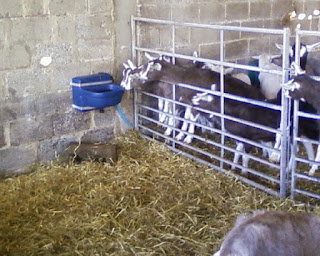 Having sorted all that out it was time to go and fetch the little chaps. 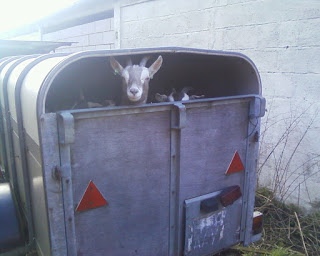 Only took us two trips to bring everyone down and then it was play time as they investigated their new house: 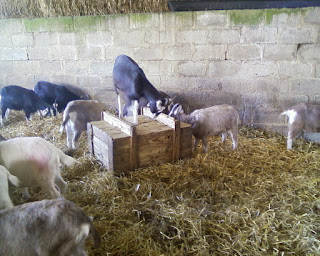 And the girls were very interested to see who had moved in next door.  Especially as they had extra hay racks which were just about in reach if you stood on tippy-toes and stretched through the fence: 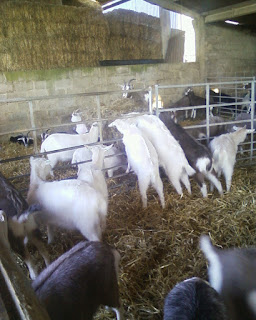 It has to be said that the boys didn't seem at all interested in the girls!!  Typical nosey females ..

Back at the ranch, Frederick was out enjoying the new straw: 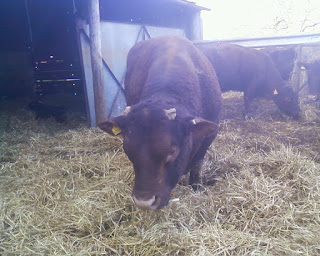 Accompanied by the youngest calf.  How pretty is that little face? 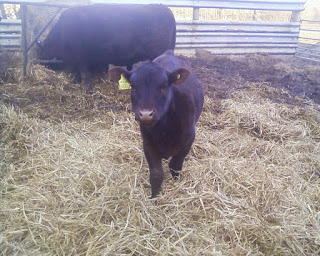 Meanwhile, Willow was stretched out by the gate enjoying the warmth of the sunshine: 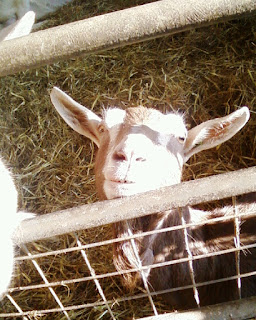 She was resting her head on the gate and didn't look comfy at all but she was obviously quite happy in that position!

A successful day all round.  Hopefully all the little chaps will be happily snuggled up in their new house tonight ready for another exciting day tomorrow!
Posted by Ellie Goat at 20:42