All on the move

Today was the day when we had to bring all the goatlings back up to the main barn and move the female kids down to where the goatlings had been.  About 120 goatie people to move.  The logistics were quite complicated as it all had to be done simultaeously and so we borrowed several large trailers from other farmer friends.  We also enlisted the help of another sheep farming friend so that we had enough vehicles to tow the trailers!

The howling winds that we had during the night fortunately subsided quite early in the morning and then the sun came out - dry weather makes moving animals a lot easier.

First of all, we had to split off the female kids from the male kids who were staying behind at the main barn.  A lot of checking of eartags to make sure that we hadn't missed anyone and then a lot of lifting goats over gates to get everyone into the right pens for loading.

Although everyone was a little wary of running up a ramp into a trailer, they were all pretty well-behaved and loaded very well. 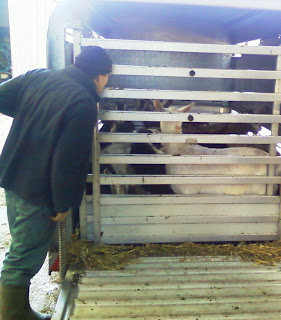 Then, with a convoy of tractors, pickups and trailers galore off we went: 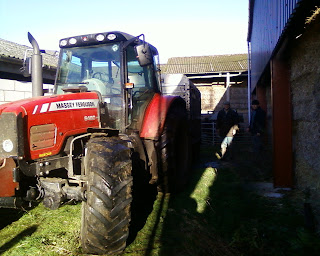 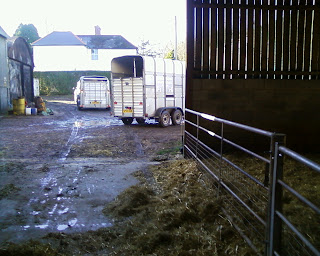 When the goatlings returned to the main barn, all the milkers came across to see who had arrived and so there was a lot of standing up on gates and pointing of ears .. 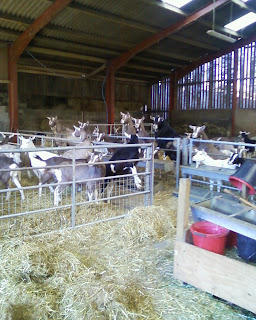 The babies who moved to the other barn just went skipping around in the new straw before investigating their new home: 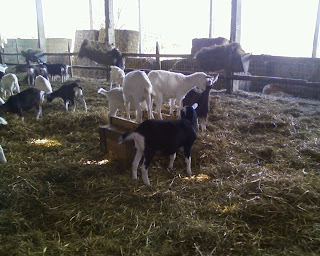 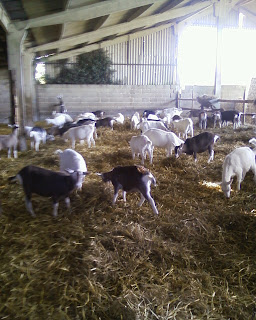 And everyone seems happy tonight!

In the midst of all the moving, we also discovered that one of the younger Gracie Moos had given birth to a bouncing baby girl!  Just the oldest and biggest cow left to calve now ..