It would seem that the small naughty brown goats have finally tipped David over the edge.  There are three of them who come in for milking and then play around on the 'out' ramp.  They wait for the door to be opened to let the next lot of goats out and then they rush back in again to see if there is any more food to be had .. 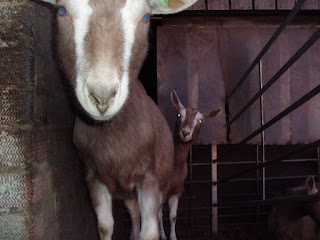 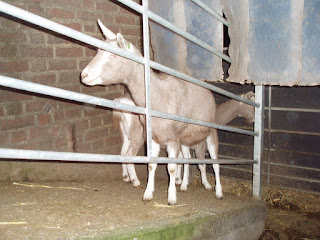 So, last night, David finally snapped.  Having pushed them outside for the umpteenth time, he decided that enough was enough.  And so, the next time they came back in, they were thrown into the Sin Bin. 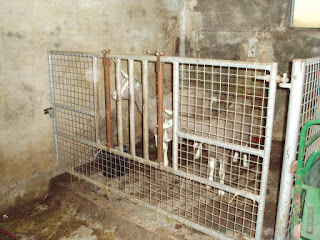 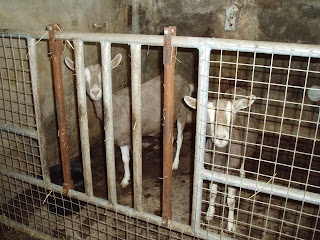 The Sin Bin is one of the old goat pens in the corner of the parlour.  No longer used, except in dire emergency, it enables David to keep the naughty goats out of the way for the rest of milking while they can watch everything that is going on.  Not as much fun though ...

And, we also managed to get a photo of Ellie Goat in action.  Having turned herself round in the parlour, she launched herself off the platform and headed for the dustbin of food.  Here she goes! 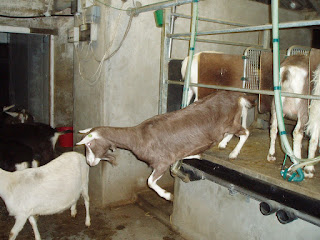 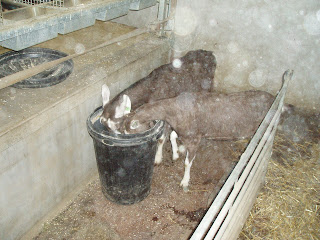 And finally .. what of little Nobby goat?  Well, he and his brother are doing fine and I managed to snap a picture of them still fast asleep as I entered the barn this morning ... all cosy and comfy. 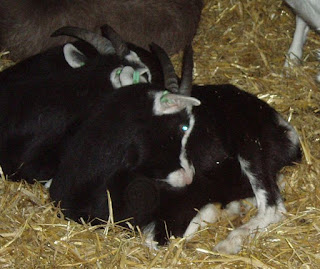