Dedicated followers of our little blog may remember that David was 'doing stuff' with the goats' old field.  He had decided that the grass was becoming poorer and needed to have something done about it.  So, the goats were evicted to their new field whilst he spread the big pile of goat manure sitting at the edge, and then ploughed it all in. 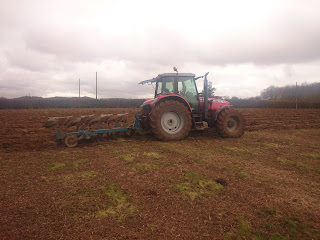 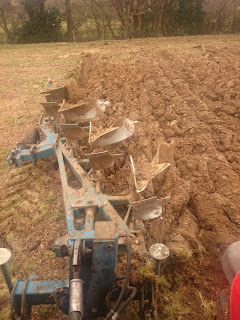 Then, early one morning, his brother turned up with a lot of machinery to cultivate and drill the field.  Here he is loading the seed into the hopper on the back: 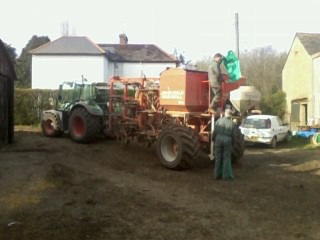 And then we waited and waited for something to grow.  David wandered around talking to the seeds and prayed for a little rain to get things going .. 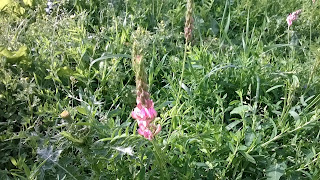 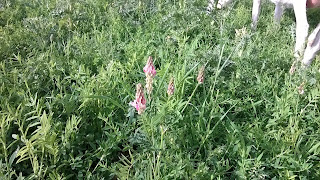 So, any guesses what it is?

We have decided to have a go at growing sainfoin - mixed with a little grass seed to make a nice crop.  Sainfoin is a forage crop similar to lucerne but does not cause animals to bloat.  It is also a natural defence against worms (of the gut variety) and so will be very good for the girlies to eat.  David will probably make hay/haylage from it next year but this year he is just allowing the goats limited grazing time on it.

So, last week, he opened up the gate and all the girls immediately headed for their 'mountain' which was covered in tasty weeds and thistles .. 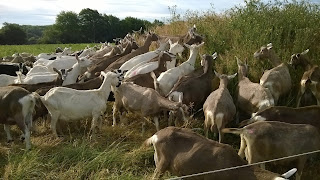 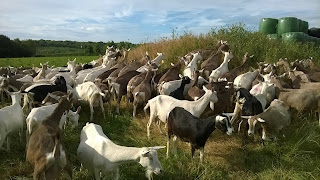 And they made very short work of that lot!  They gradually wandered off into the field and David was thrilled to see that they were really enjoying the new crop .. always a tense moment with goats as they are very picky about what they eat (contrary to popular opinion!).

They were allowed out into that field for a few hours and then it was back to the other field for the rest of the week ... And, as we know, that field always involves a risk assessment meeting before anyone is allowed out .. 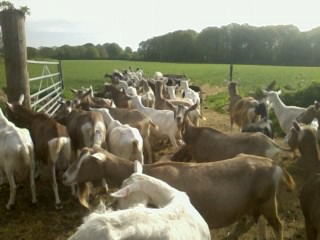 And while we are on the subject of growing things ... Anthony took a few pics of the beautiful wild flowers planted at the Horniman Gardens to attract the bees and insects.  Beautiful! 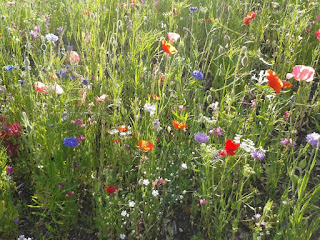 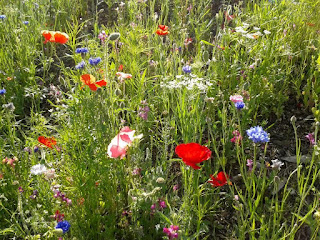 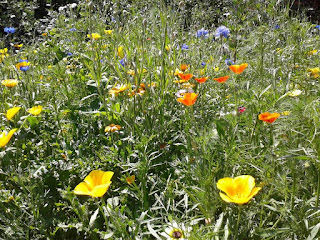 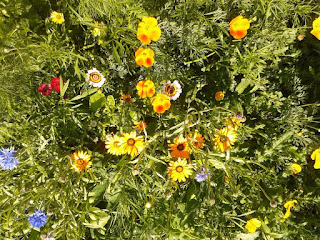