How do you fancy meeting this handsome chap on a dark night? 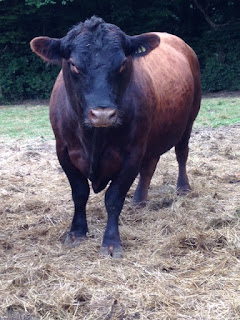 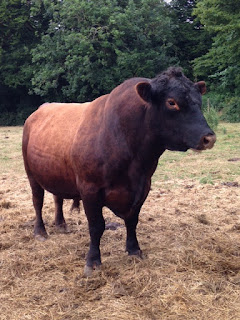 Well, this is our bull for this season.  A Red Angus called Neil.  Actually, he doesn't have a name but David has decided that he should be named after the farmer who owns him!

He arrived a couple of weeks ago from Farmer Neil and is living very happily in the field with all the Gracie Moos.  Apparently, he is a bit of an exhibitionist ... when he arrived, he walked out of the trailer, lay on his back with his legs in the air and gave the Gracies a good old view of all his manly attributes!  Then he roared and got up and just walked off.  Typical blokey behaviour ...

He will be on his holidays with us and the Gracie Moos for a few weeks while he gets down to business before returning home to carry on working there.

Slightly smaller in stature, but no less handsome is one of our little goatie boys.  Goatie Auntie Anita managed to snap his best side as he showed off his little heart-shaped marking.  Pretty little man! 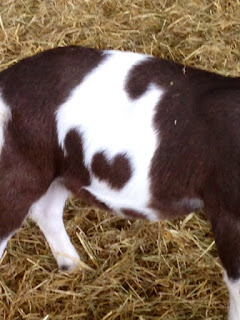 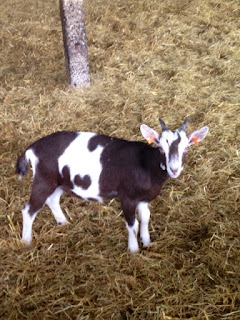 Anita suggested that we call him Valentino.  Has a nice kind of ring to it don't you think?