And they keep on coming ..

Running total of 36 babies so far - bit top heavy on the boys at the moment with 21 of those but we don't mind!

It's been a busy few days, especially as I have been back at Farmers Markets this weekend and so David was left holding the baby (as it were).  Poor Bunty had problems delivering her two babies and David had to do rather a lot of fiddling around.  He has quite large hands and I think poor Bunty was feeling the after effects last night.  She looked pretty miserable when I got home.  Didn't even want a banana.  Must be bad!  But, after a restful night, she is much better today.

There are pens up everywhere there is a space: 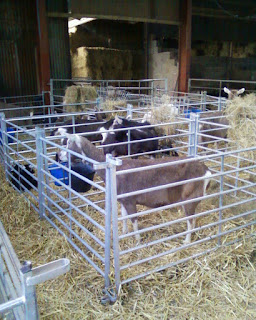 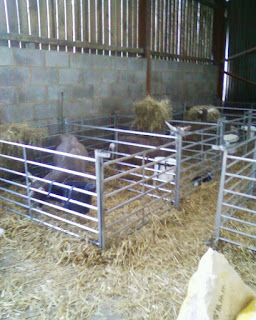 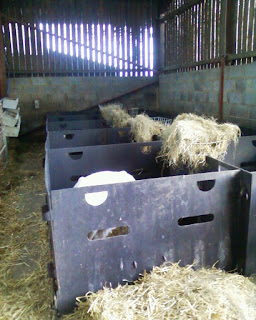 At the moment there are only 3 pens spare ... but we do have a few girls coming out tomorrow and Tuesday to go back in with the main herd, so that will release a few.

Here's a couple of the latest new mums: 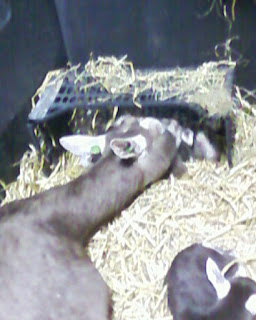 Coco using one of her babies as a pillow! 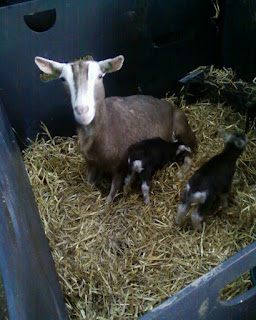 Tinky and her little people.
And a couple of 'spot the baby' pics.  They're in there somewhere! 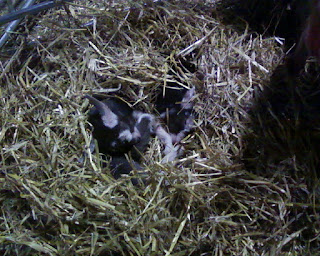 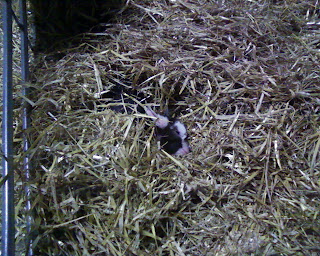 Meanwhile, down in the youngsters' house, I have my suspicions that little Fizzy may actually have grown a bit, as she now seems to be able to reach the hayrack (just!) 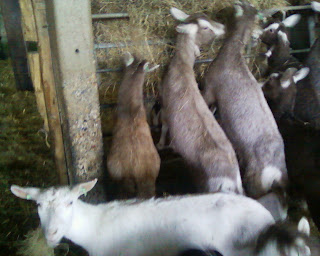 Right .. back up to the barn for the night.  Possibly the third in a row with very little sleep.  Not looking my most attractive or alert at the moment .. and it's only the first week!!