As I drove up to the farm in the early morning cold and rain today, I came across a small owl sitting in the lane.  He was very cold, soaked to the skin and looked utterly miserable.  He couldn't fly and so had clearly fallen or been pushed out of his nest during the night.  What to do?  I couldn't leave him in the lane and it seemed silly to put such a tiny frozen creature back into the undergrowth where he would just die or become foxy food so I took him up to the farm with me.

We quickly rigged up the metal goat cage with a cardboard box and some straw.  We plugged in the infra-red lamp in at one end and put him inside the cage. 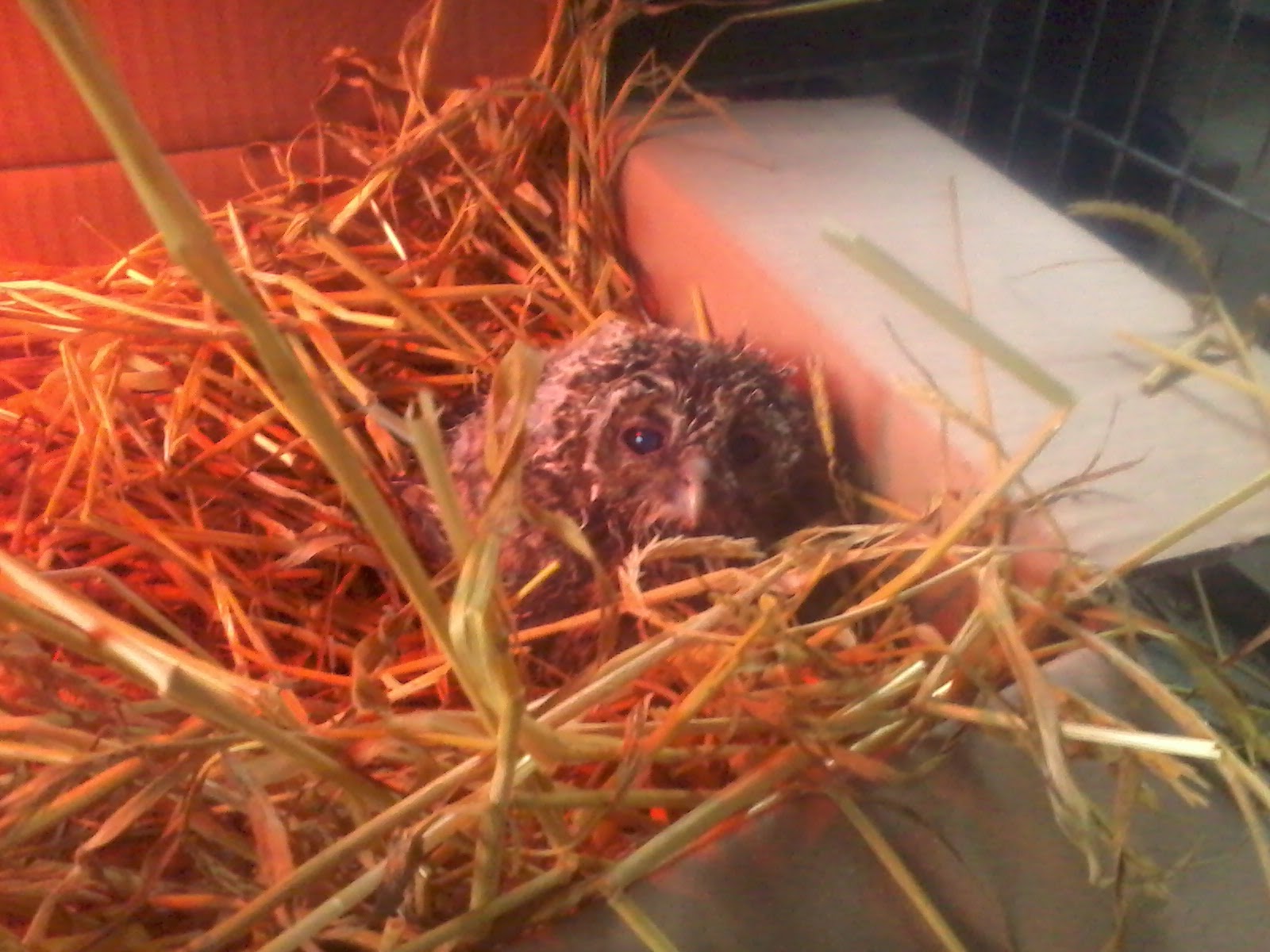 As he dried out and fluffed up, it became apparent that we had a tawny owlet on our hands.
I shredded some raw goat meat that we had in the fridge and he snapped it up eagerly as I held it in front of his beak.  Warm and with some food inside him, he soon perked up and began to try and climb out of his box!
We are fortunate in having Swale Wildlife Rescue not far away from us and a quick telephone call to a lovely lady called Ingrid saw me on my way to her with my little owl secure in his box.
Ingrid was absolutely delighted to see him and has taken him in to be looked after with a few other owlets that she has there.  She will keep him for a few weeks in her aviary and when he is fit and well, she will come back with him to release him back into the woods near the farm. Hopefully it will be a happy ending for the little chap!
And talking of little chaps .. I managed to get a quick (not quite so blurry!) pic of that little Nube with the ridiculous ears this morning ..... 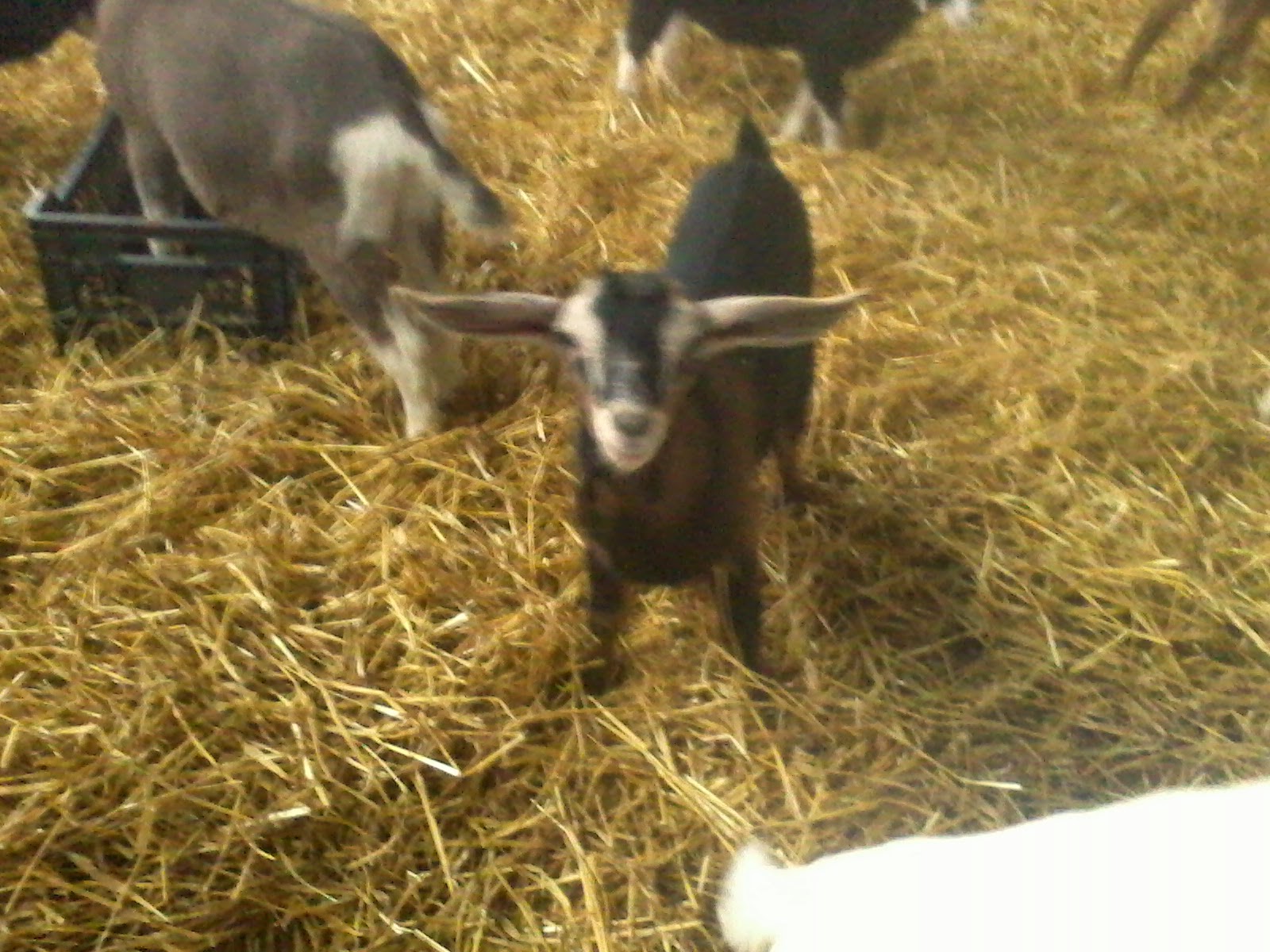