Haha!!  That made you sit up and take notice!!  What I was actually referring to was our complete lack of awnings at Wimbledon Farmers' Market this Saturday.  Because of the appalling weather, we were all told that markets could only go ahead if we did not erect any awnings.  The 'management' were worried about things taking off in the strong winds and hitting customers.

So, vans were used as storage and wind-breaks as we all set out our stalls to be as windproof as possible.  Not much of a display for everyone but at least our wonderful and loyal customers still turned up. 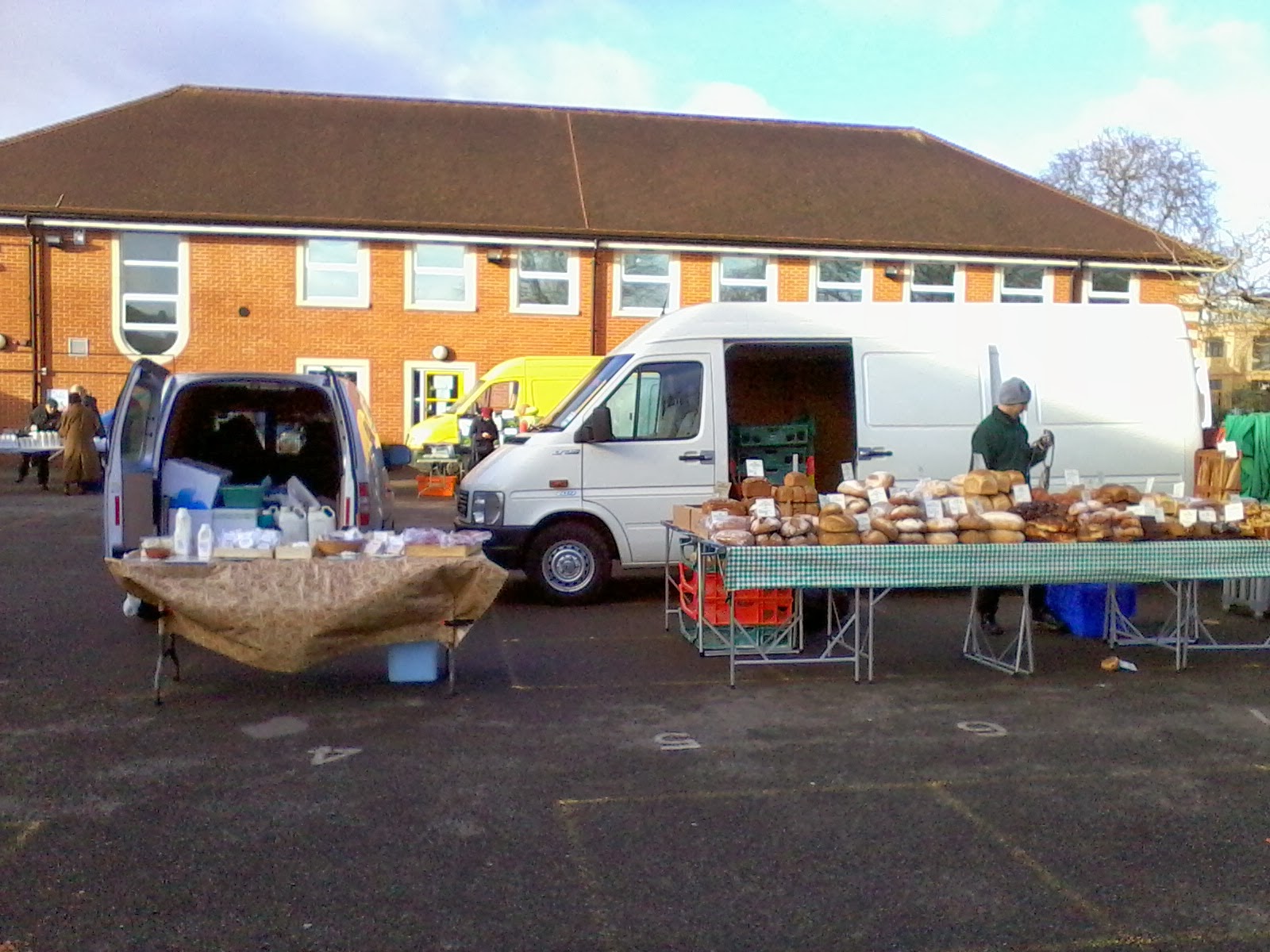 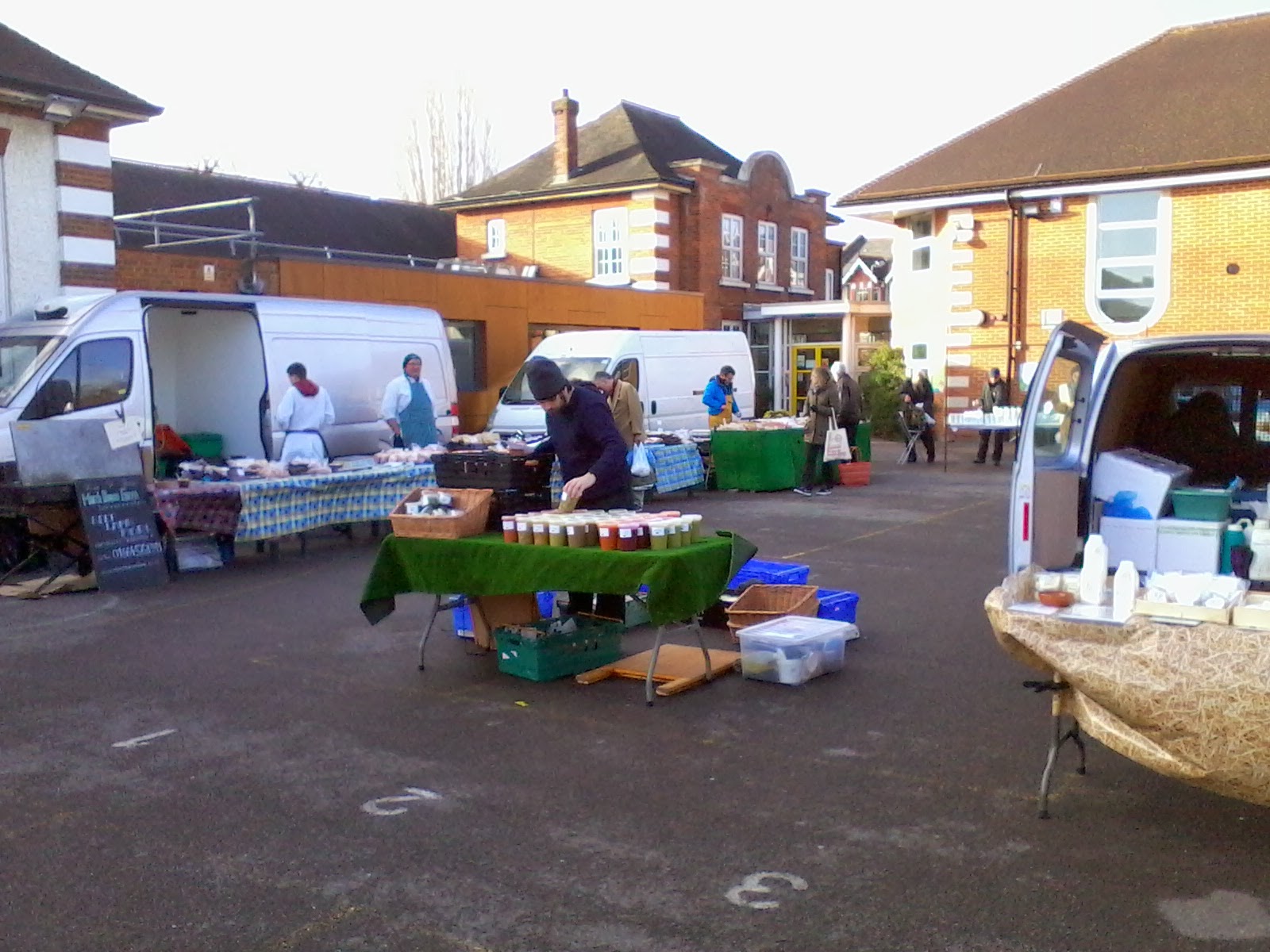 It was all going so well ... and the heavens opened and we continued to trade in pouring rain and hailstones.  I have to say that it was a little damp and cold without any protection!

Meanwhile, back at home, Marmite was hard at work avoiding the weather .. 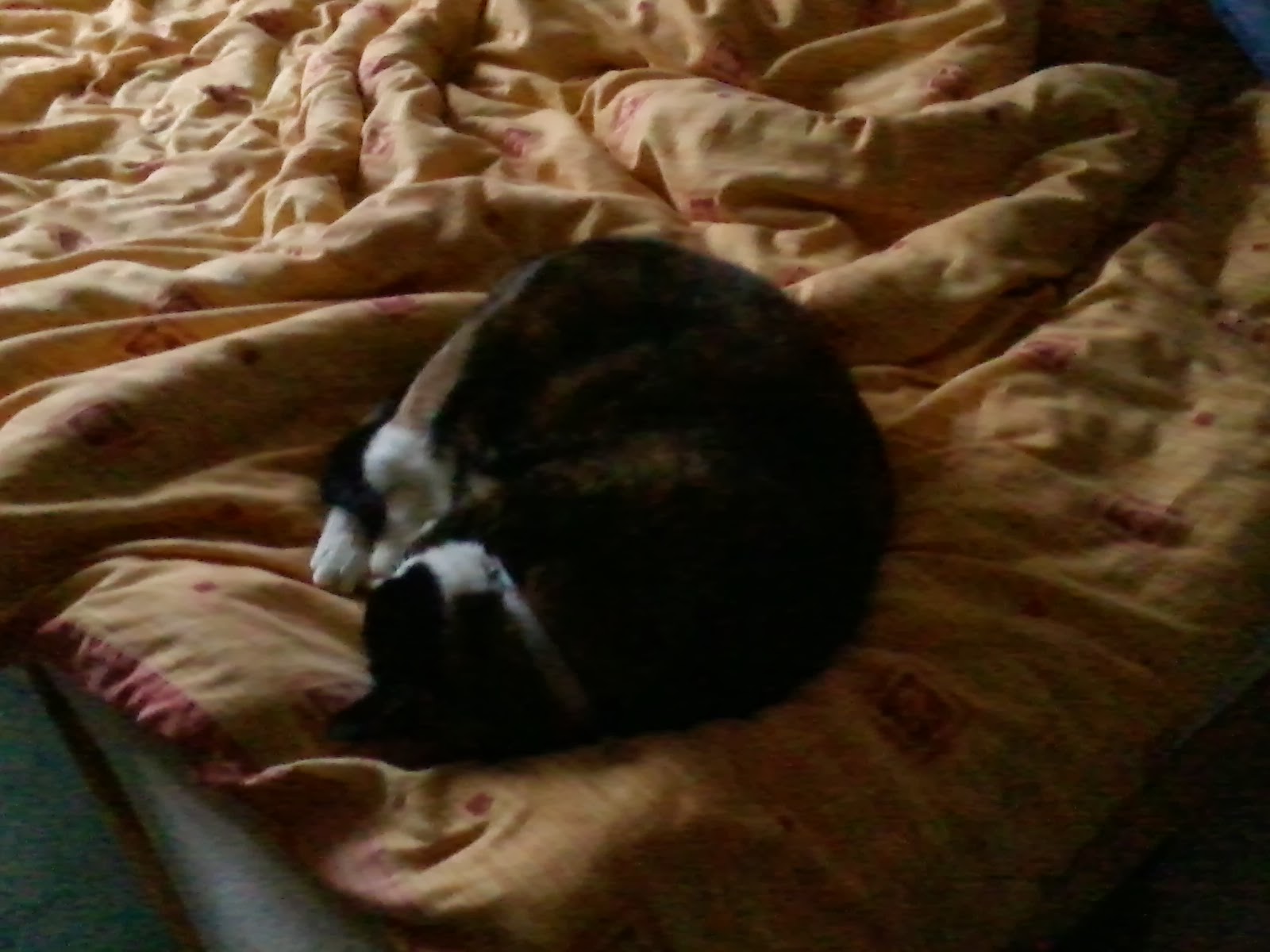 As you may remember, we are not due to start kidding until around 6 March and so it was quite a surprise when Twinkle goat started to chortle to herself and act as if she was going to have her babies just after milking on Thursday night. 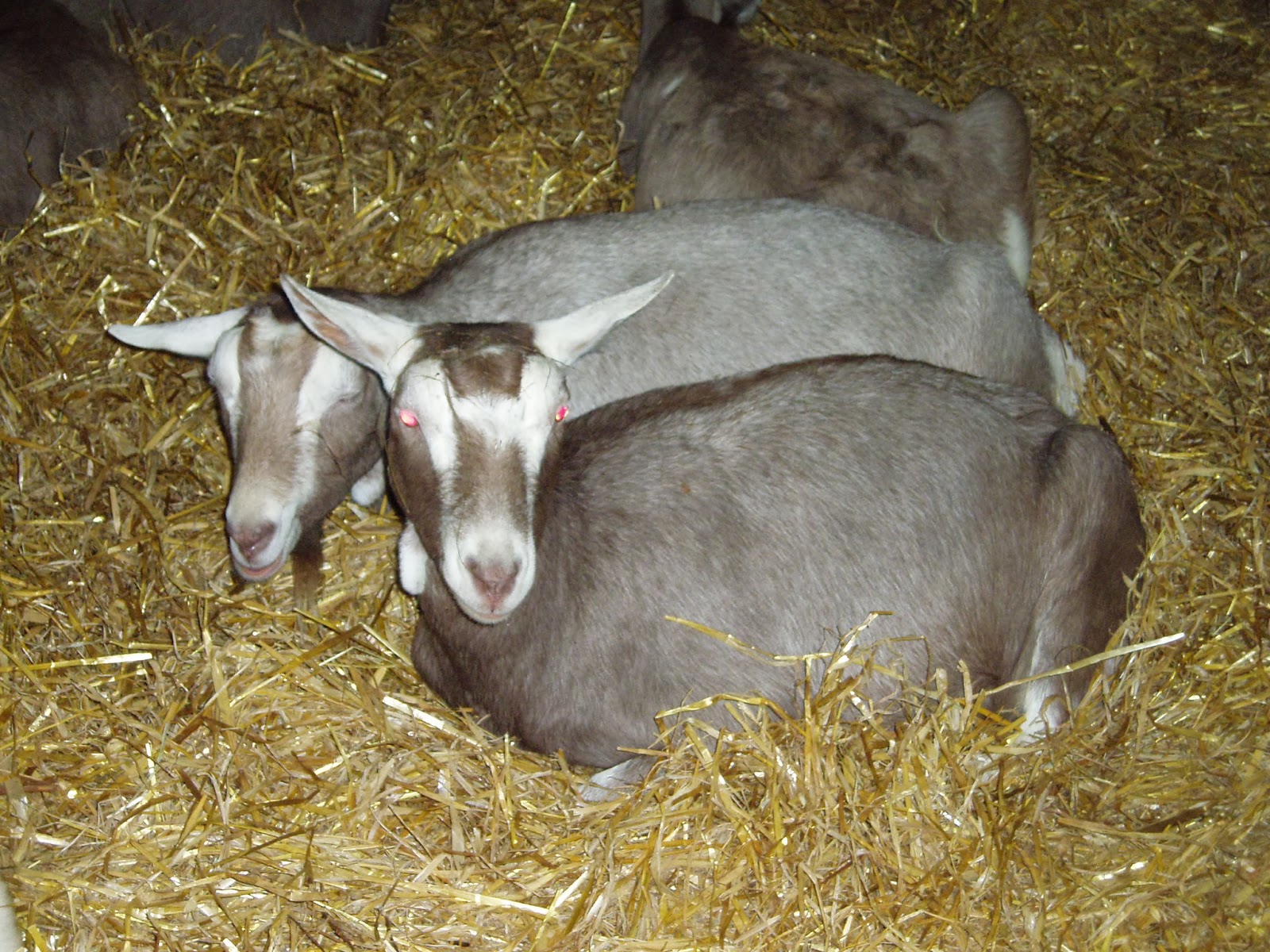 Having checked all the dates it seemed that, even being generous with the timings, Twinkle was not due to have her triplets for at least another 6 weeks and so it seemed that something was about to go badly wrong for her.  A few weeks earlier than anticipated, I spent a cold and restless night in the barn snuggled up next to Twinkle as she miscarried one tiny kid after another.  By morning milking we had all three tiny dead triplets and a very sad Twinkle.  Poor girlie ... But she seems to have perked up a little bit and her sister Twiggy (seen in pic above behind Twinkle) is looking after her very well.

The goaties spent part of yesterday enjoying the winter sunshine out in their field but today's greyness saw them safely back indoors.  Valerie was in her favourite corner and looked very relaxed without young Humphrey bothering her as he was off somewhere else playing with other youngsters. 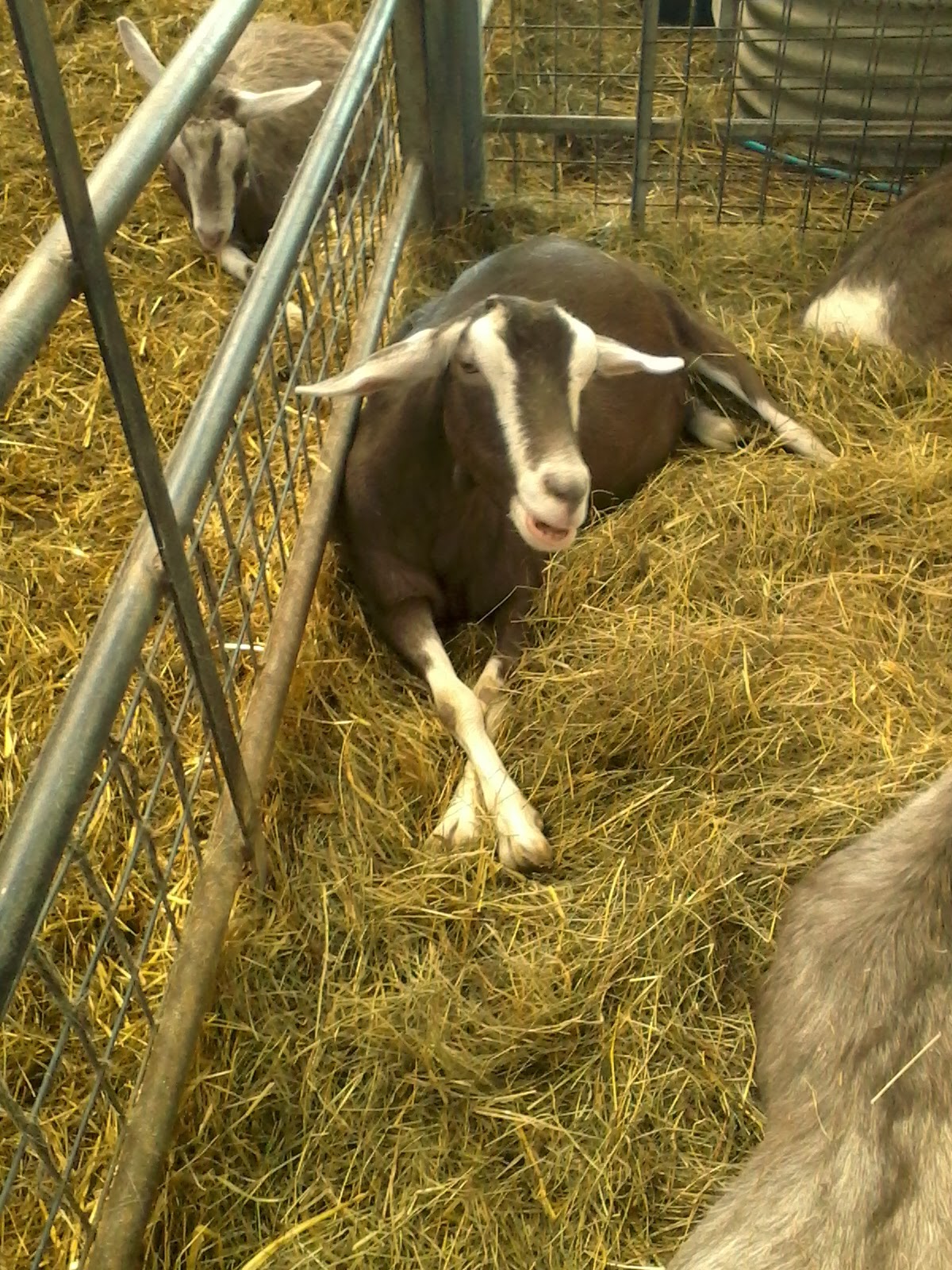 And my beautiful old Flora was well settled under the nearest hayrack .. 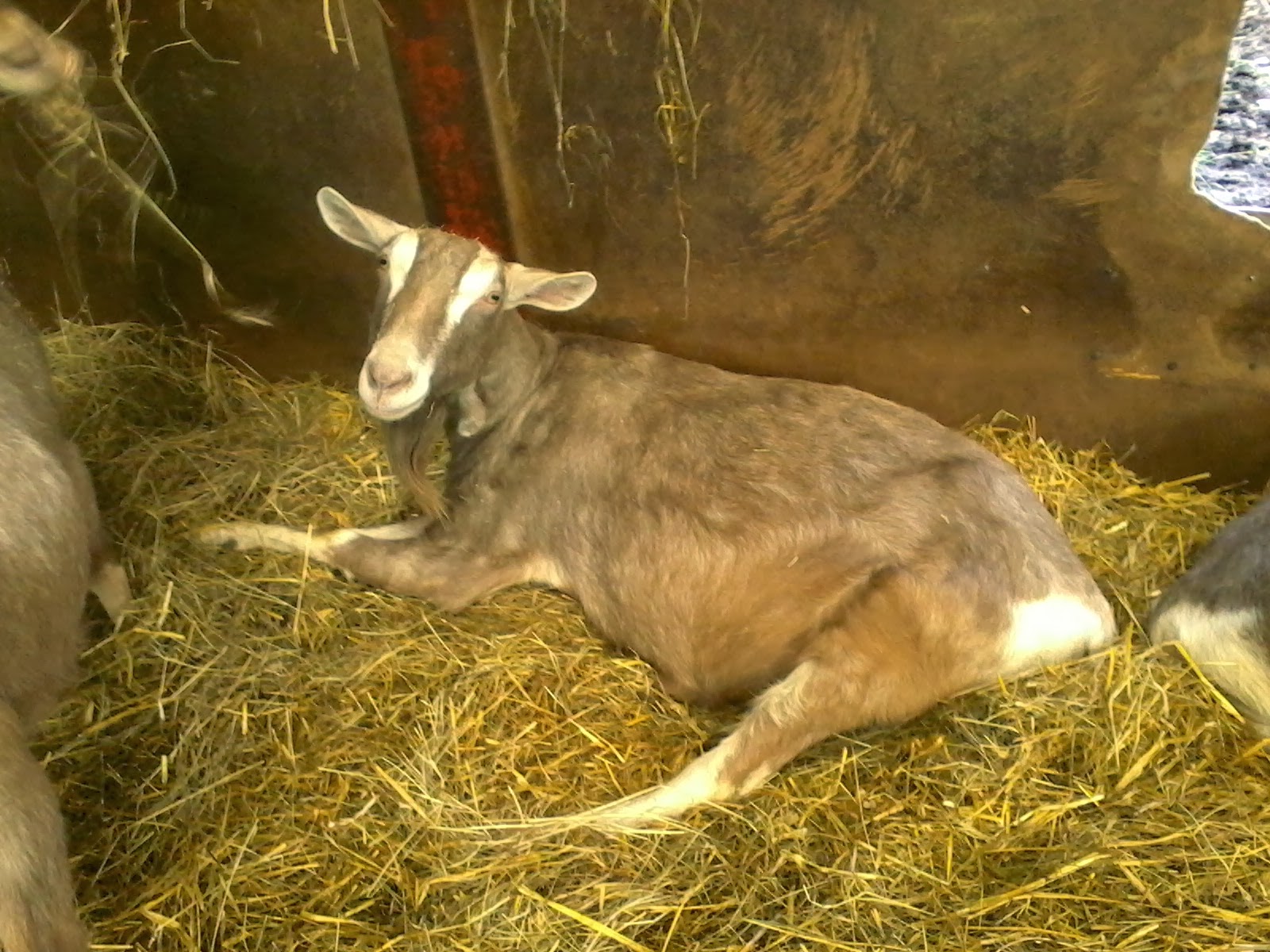 The girls are eating enormous amounts of hay at the moment and so Flora likes to make sure that she is in prime position to eat the maximum amount of hay with as little effort as possible.