The end of an era

No, not Flora.  Actually, dear old Flora is doing pretty well.  We spent a very cold and restless night together on Friday and I managed to get a couple of hours sleep despite the discomfort and the occasional rat running over my legs.  (I can hear you squealing at the back there!).  The ratties are actually quite entertaining .. they run over the goats' backs and sometimes just sit on top of them.  Goaties don't mind in the slightest!  I am not particularly bothered by rats as I find them quite fascinating but they do make me jump when they land on my legs after jumping off the wall ...

No, the end of an era concerns my beloved Fremlin goat.  David called me on the way to Sunday market to say that Fremlin had suddenly become very poorly and that he was very worried about him.  I kept getting updates throughout the day but it didn't sound good ... I drove back home as quickly as I could but the traffic was a nightmare and it seemed to take forever to get back.

As I pulled into the farm, the barn was in darkness and David had obviously just gone indoors for a well-earned cup of tea before milking.  Grabbing my torch, I jumped out of the van and ran over to the boys to find Fremlin lying slumped in his pen with Daramac and Max keeping him company.  As I cradled that big handsome head of his, he let out his last breath and then he was gone.  I just made it home in time ...

But we musn't be too sad as the end came quickly and he went with a smile on his face.  Against all the odds, his dodgy old legs kept going and he had been a busy boy with the ladies over the past few weeks.  Hopefully he will leave us some more lovely kids and, fingers crossed, that there will be a nice male amongst them who can take his place. 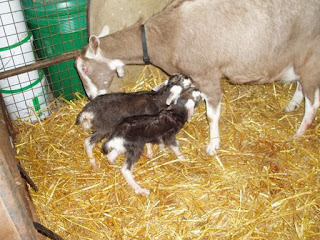 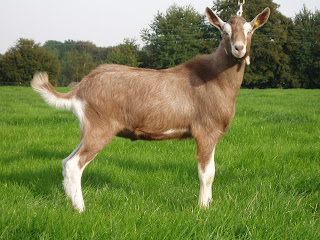 The young buck - at 5 months old 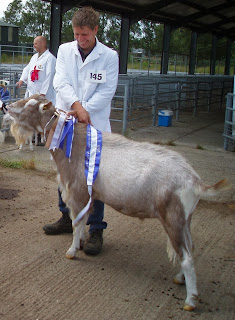 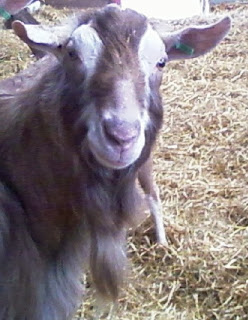