Nubes go to a new home

So, after the trauma and upset of Thursday afternoon, I thought I would do a quick catch up on the rest of the happier events of the week!

Earlier on Thursday I took our two little male Nubettes to their new home at the Museum of Kent Life where they are set to become firm favourites.  I was thrilled to see that my other little chaps are doing well there and they were very popular with the visitors.  They were all busy tiddling around in their paddock and just love the attention that they get from people going past. 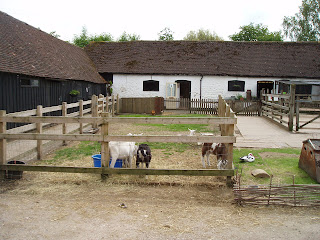 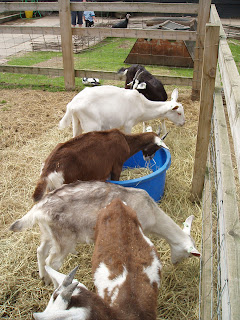 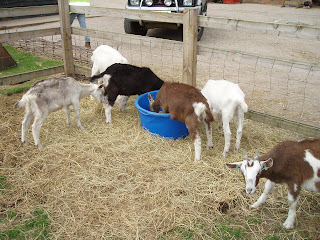 The little Nubes are going to be kept in a separate house for a short while, just to let them settle in.  Here they are with their new dad, Phil, who is the Farm Manager at the Museum.  He just loves his Anglo Nubians! 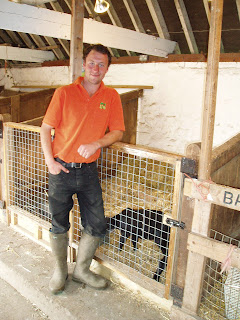 Today saw the start of the Wye Food Festival as Jane the Cheese and myself attended an extended Wye Market.  We had an extra hour of market in our usual place, then we all carried our tables (still full of cheese!) round onto the Green and carried on for another couple of hours.  It was a great day and the weather was fairly kind to us, though the wind was a bit blustery and annoying.  Still, the rain stayed off until mid afternoon - that sent everyone scurrying for the beer tent, so we decided to call it a day at that point and joined them for a swift half pint!

It was a nice busy morning: 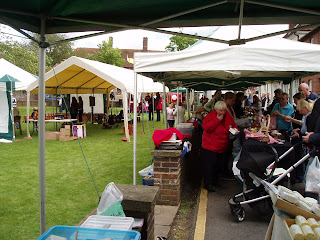 and there were a few special attractions there as well, including a set of old village stocks: 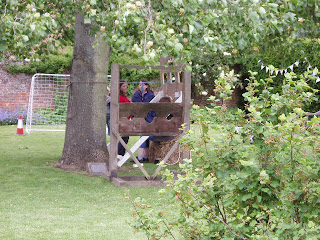 I did suggest that we put the market manager in there and hurl bits of old cheese at her, but she didn't seem very impressed with that idea for some reason.

Talented local craftswoman, Della, sat spinning a Jacob fleece and talked to people about her work.  Clever lady ... I am hoping to attend one of her spinning classes fairly soon. 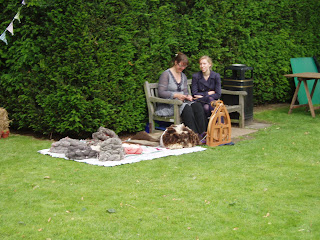 And what of Marmite Cat I hear you ask?  Well, she is back on her perch in the greenhouse again .. 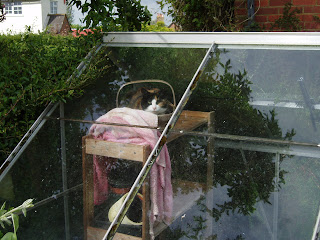 In between bringing me small mice and birds ... She's very generous.

And finally ...  A couple of little videos for you.  The first one shows our little escaping goats - girlie nearest to the camera and her brother just beyond.  Nimble little things aren't they?!


And the second is a few of the larger escapees, including our little Jake the Peg.  Difficult to see the plaster cast is still on his leg, especially with the way he is jumping about!  He is the white kid to the left of the picture - you can see him limp slightly as he moves his back left leg around

His cast comes off on Wednesday.  I expect he will be very glad to get rid of it as I think it is starting to annoy him now - he keeps pulling at the wadding and nibbling at it!