With his extra leg. Diddle diddle diddle dum.  For those of you old enough to remember the classic Rolf Harris song.

So, Jake the Peg.  Mmm .... Remember the short video of the showjumping white male kid from a couple of days ago?  Kept jumping out of every pen that we put him in?  Well, this morning he jumped one gate too many.  He caught one of his back legs as he came over and landed on 3 legs with the other one dangling.  Thinking he had twisted it, I got hold of him and had a look ... only to find that it wiggled strangely in the shin area.  Broken.  Oh dear ....

One of the unpleasant commercial realities is that we cannot spend a lot of money on the little meat boys.  Of course, we look after them and medicate them if they are ill exactly as we would do with the females, but with something like a broken leg that could be VERY expensive to fix, it just can't be done.  I called our vet (very early but he was awake!) and had a chat with him about it.  I was fully expecting to have the little chap put to sleep but Peter said that he would meet me at the surgery and take a look to see if there was anything that could be done easily.

So, David splinted up the leg quickly with a couple of wooden lolly sticks and some stretchy bandage and off I went with the little man in his cage.  I think David must have warned him about my driving as he didn't try and stand up while I was racing along to the vet.  Wisely, he decided to lie down.

Anyhow, Peter decided that it was a nice clean break and should heal nicely.  So, he applied a quick plaster cast and that was that.  A much better outcome than I had anticipated!

And here is Jake ready for the journey back home - bit difficult to see his cast properly as all his legs are white! 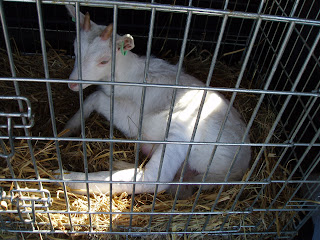 And here he is back at home.  We have put him in a pen with the tiniest new babies so that he won't be bullied or pushed around.  I have to say that he seems very happy.  Needless to say, he is getting plenty of extra attention! 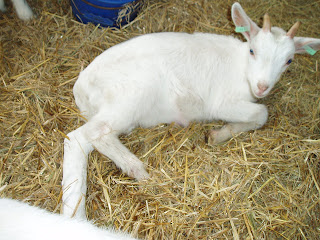 I managed to catch up with Twinkle today as well - here she is with her two little girlies: 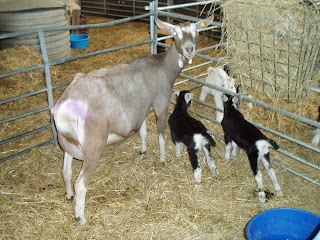 Some of the girls took advantage of the better weather today and spent some time out nibbling at the grass: 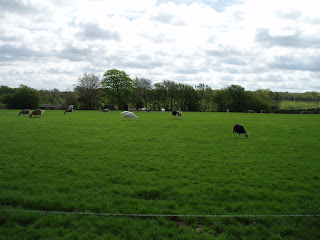 And finally - a random 'out of the window shot' taken whilst driving back from Somerset yesterday.  This is one of my favourite places in the whole wide world .. especially on a cold wet day.  Just awesome .. 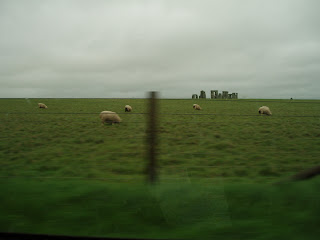