Normal service will now be resumed ..

So .. have you missed me?  Missed who? ME!!!  Hasn't anyone noticed that it's been rather quiet on the blogging front? ...  Of course you have.

Many apologies for the slight hiatus in service but I have been laid low by a rather nasty stomach bug.  Not completely sorted yet but a hundred times better than I have been.  Needless to say, it's been rather of a pain in the bottom (if you will forgive the expression) with trying to sort out extra people to cover all the work that Yours Truly usually does ..

But the rest of the Ellie's Dairy team has rallied round and everyone has been brilliant at doing all sorts of extra jobs at strange hours of the day and night.  Dairy Fairy Julie was busy bottling milk for orders at 7.30 one morning and Kelly (daughter of Jane the Cheese) sped up on her motorbike to lend a hand feeding babies when I had to retire to bed.  Joe (and girlfriend Rosie) spent a happy day at Wimbledon market and Milking Mel has been doing all sorts of extra shifts to keep the milking parlour going.

So a big THANK YOU to everyone .. especially David who has had to put up with all these extra people doing things in his goatshed!!

So, here I am back again .. about a stone lighter but almost back to normal.

We're not sure but we think we may have finished the second round of kidding as nothing has appeared for a couple of weeks now, although there are a few suspiciously fat goaties still lying around.  All the babies are growing well and even the little tiny Wilma goat is up and about. 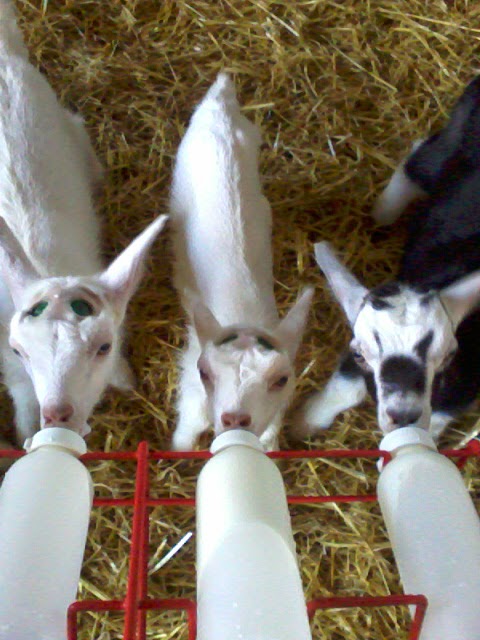 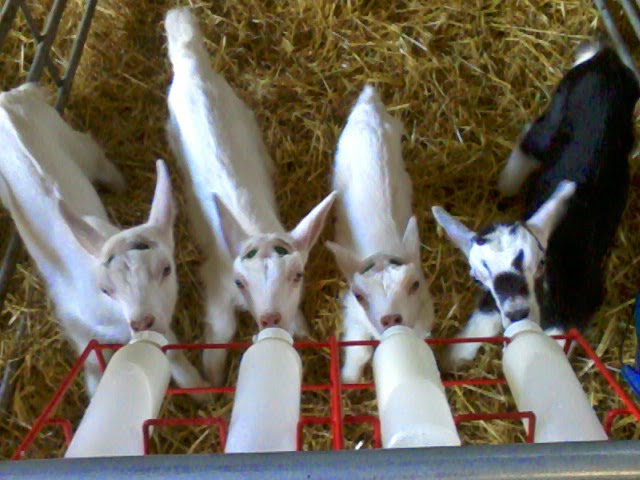 We think that she is still partly blind but this may be a temporary condition which will sort itself out in time.  But she is a chirpy little soul - very sweet.  She has been named Thumbelina.

It would seem that Daramac is responsible for most of these babies and it is very easy to spot the family resemblance.  All the kids have the 'slightly surprised' expression that Daramac wears most of the time and it does make me chuckle to see all these little goats of different colours with faces exactly like their dad. 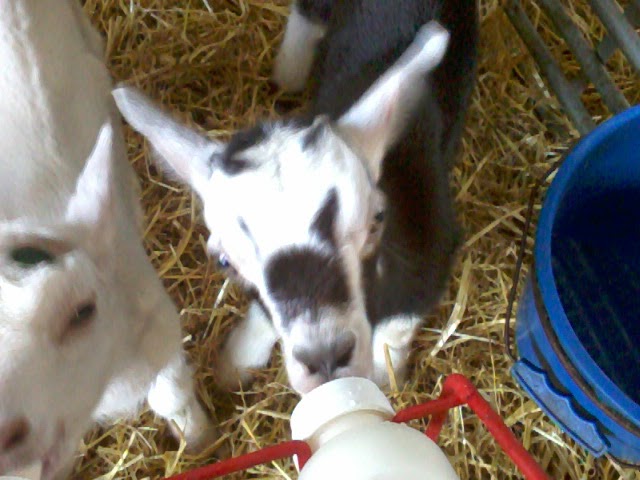 And talking of handsome chaps .. With a couple of strategically planned 'comfort breaks' I drove up to Cambridge today to collect a new BT boy.  Strangely enough, it turns out that he is the brother of a male which has recently been bought by our friends in Dorset.

So here he is on a brief trot into the goat barn to meet his future girlfriends.  As you can see, there was rather a lot of interest in the new boy! 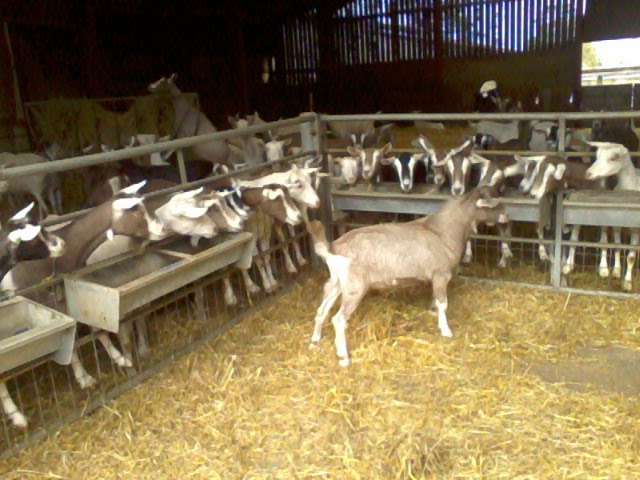 He is in temporary quarters in the hay barn with the babies at the moment while he has a few days to get settled.  Then it will be off to work for him!

The beautiful September weather has seen the goaties outside for much of the time, especially when David opened up the other field for them again .. 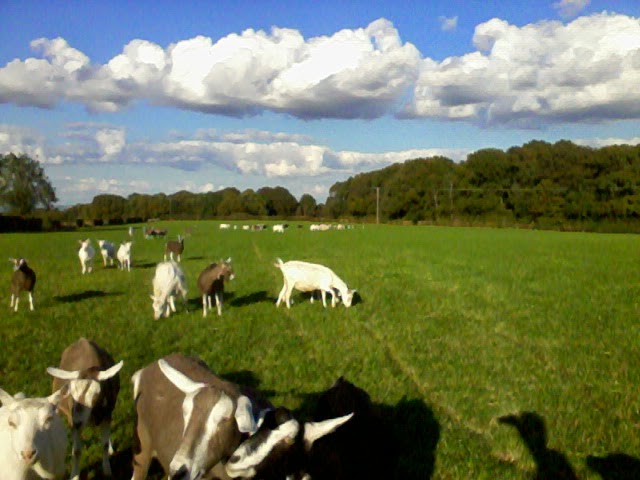 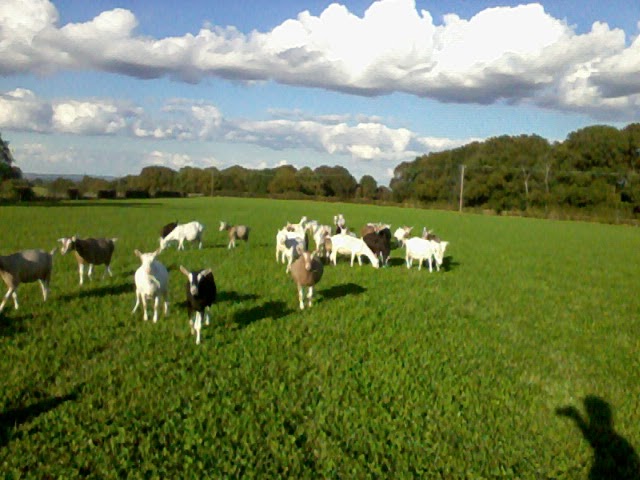 And finally .. you will be pleased to know that all the girls have settled well into their new home in Herefordshire and are busy getting to know the 3 new boys who have been put in to keep them company.  Lucky goatlings!