The best cheese in the world?

And so, you may remember that we were lucky enough to win a prestigious Gold Medal for our yummy Shaggy's Beard camembert at the International Cheese Awards that were held in Nantwich a few weeks ago ...  Well, yesterday, I received a box from the ICA which I opened immediately, thinking that it would be some of their nice labels for our prize-winning cheese.

Imagine my surprise when I found these inside the box: 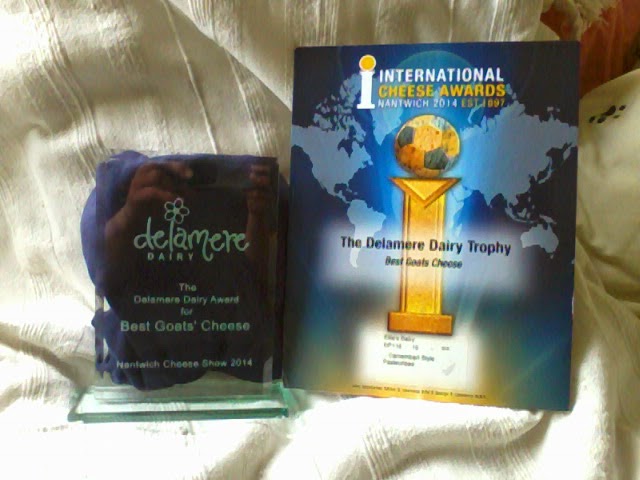 Yes indeed, dear readers, The Delamere Dairy Trophy for Best Goats Cheese in Show.  Apologies, but I have to do that in big letters   BEST GOATS CHEESE IN SHOW!!!!!!  How utterly fab is that?!  When I checked the results sheet all those weeks ago, I never even glanced at the trophy results.
Our little dairy beat all those professional cheesemakers from all over the country (and beyond!) to get BEST GOATS CHEESE IN SHOW!!  Sorry to keep repeating myself ...
Whooping with joy, I immediately called David and Jane the Cheese and Julie our fab cheesemaker to give them all the good news.  They were all delighted, as you can imagine.  I ran into the goat shed and announced the news to the goatie girls and thanked them for all their lovely milk.  As you can see, they were overcome with excitement .. 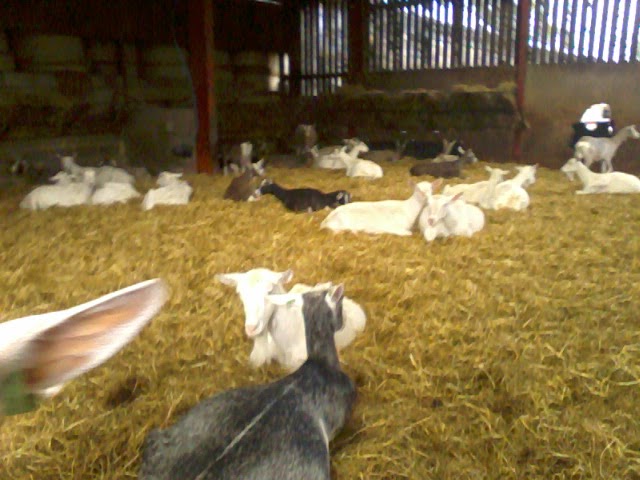 Back to normality .. David was busy with hedgecutting when I called him with the BEST GOATS CHEESE IN SHOW news ... a short while later he phoned back to say that the tractor had broken down.  So I had to drive off to find him with a set of large jump leads ..  Fortunately for him, there was another tractor ploughing in the same field as so we used him to get going again .. 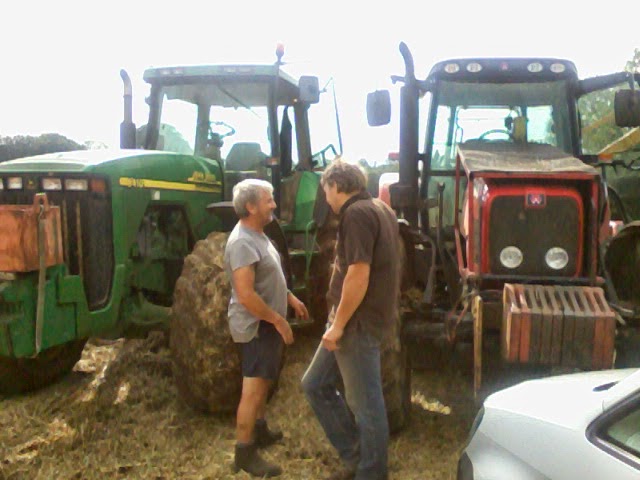 Young Epi is still a regular visitor to the 'naughty corner' in the milking parlour.  She has come to expect all kinds of treats when she arrives there .. she was very interested in the yummy cakes in David's Fortnum and Mason's cake box .. 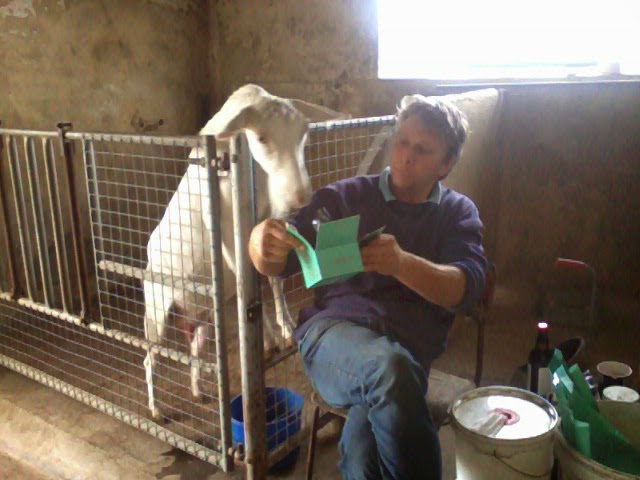 And, as the temperature dropped this week and the nights started to get darker, the boys decided that it was most definitely 'stinky beard' time of year.  And so those lovely big boys have started to display those very undesirable male goat characteristics ... They are starting to smell already and it's only been a few days!

Hugo was busy strutting his stuff for the ladies this evening during milking .. 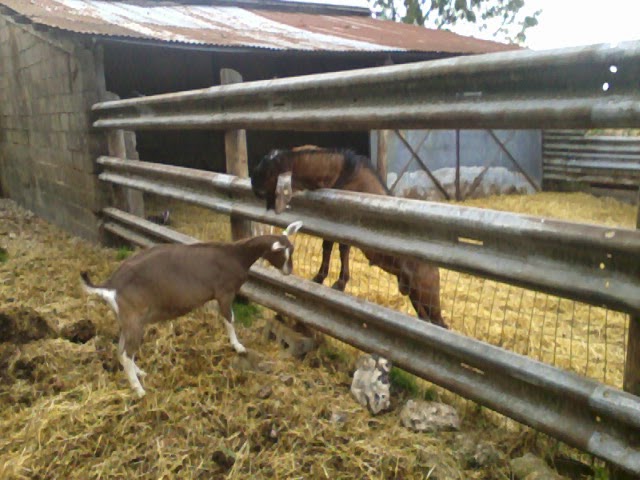 And finally, the good news is that all those blood tests turned out fine and a big group of our youngsters are off to Herefordshire next week.  So much to organise before they go!

And did I mention that we won BEST GOATS CHEESE IN SHOW???  Shaggy would have been very proud .. 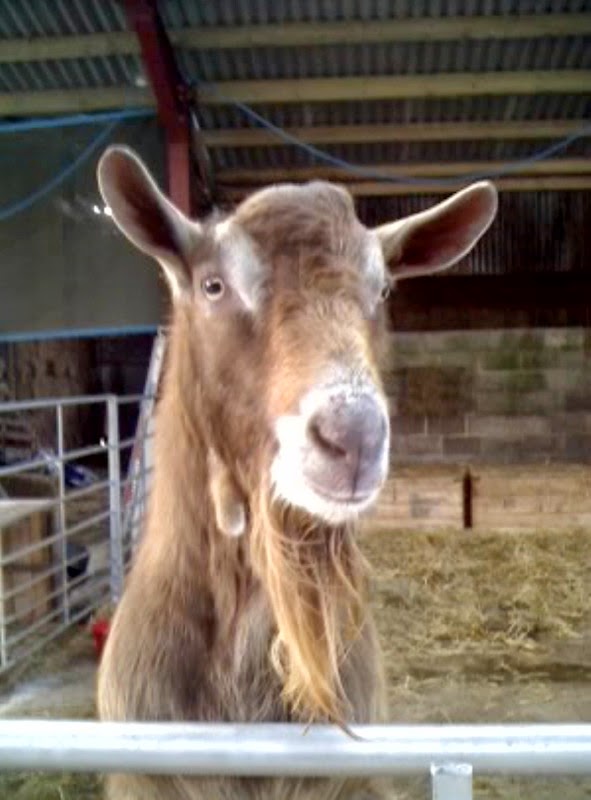