Back in the old field

As the goaties have been munching their way through their new field for some time now, David decided that it was time to put them back into their 'old' field as the hay has now been made.

So, the gate was opened and a meeting was convened as the goaties decided whether it was safe to go into the old field.  It didn't take them long to decide as there was plenty of lush fresh grass just inside the gateway .. 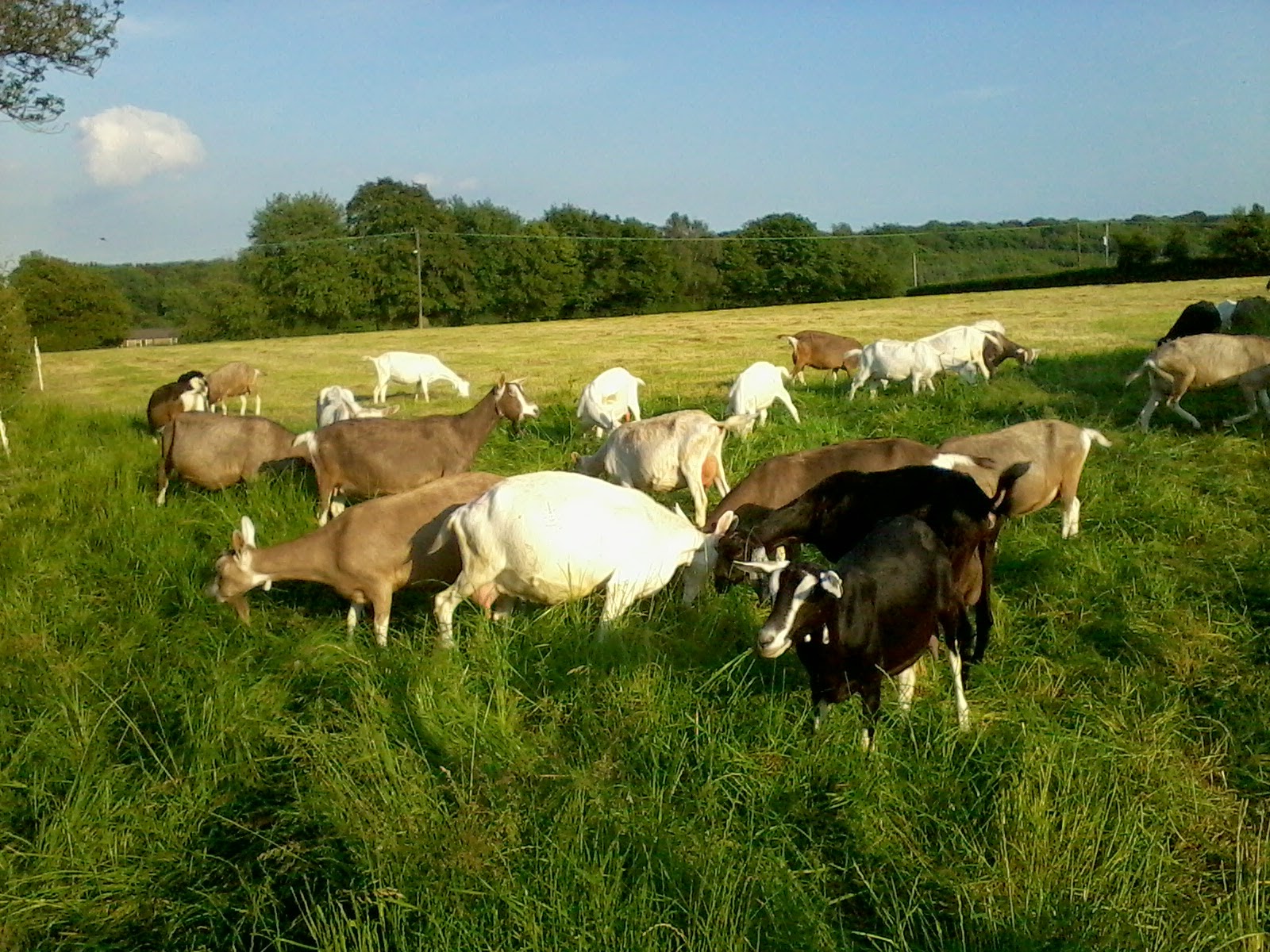 Then they started to work up their 'mountain' 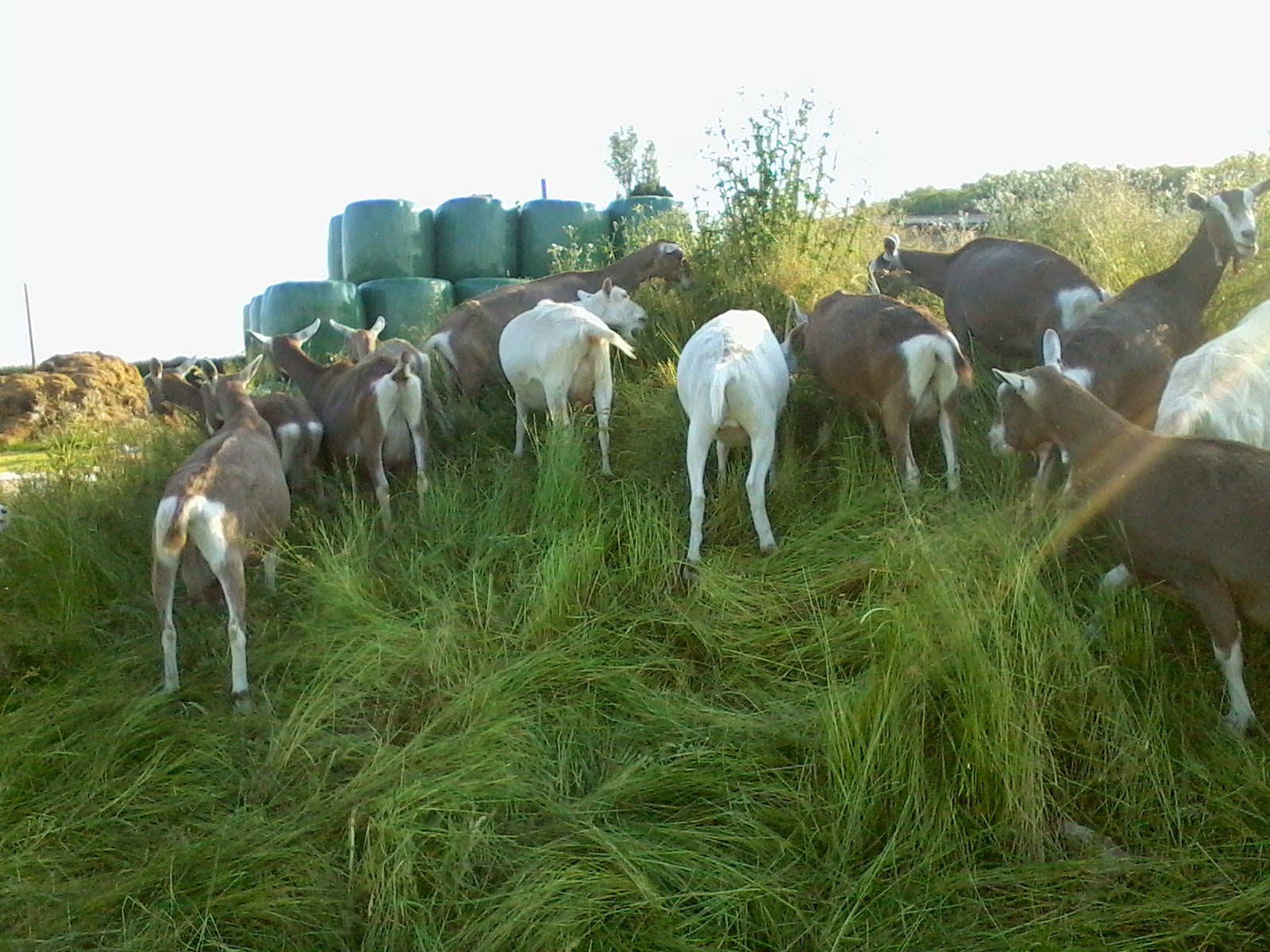 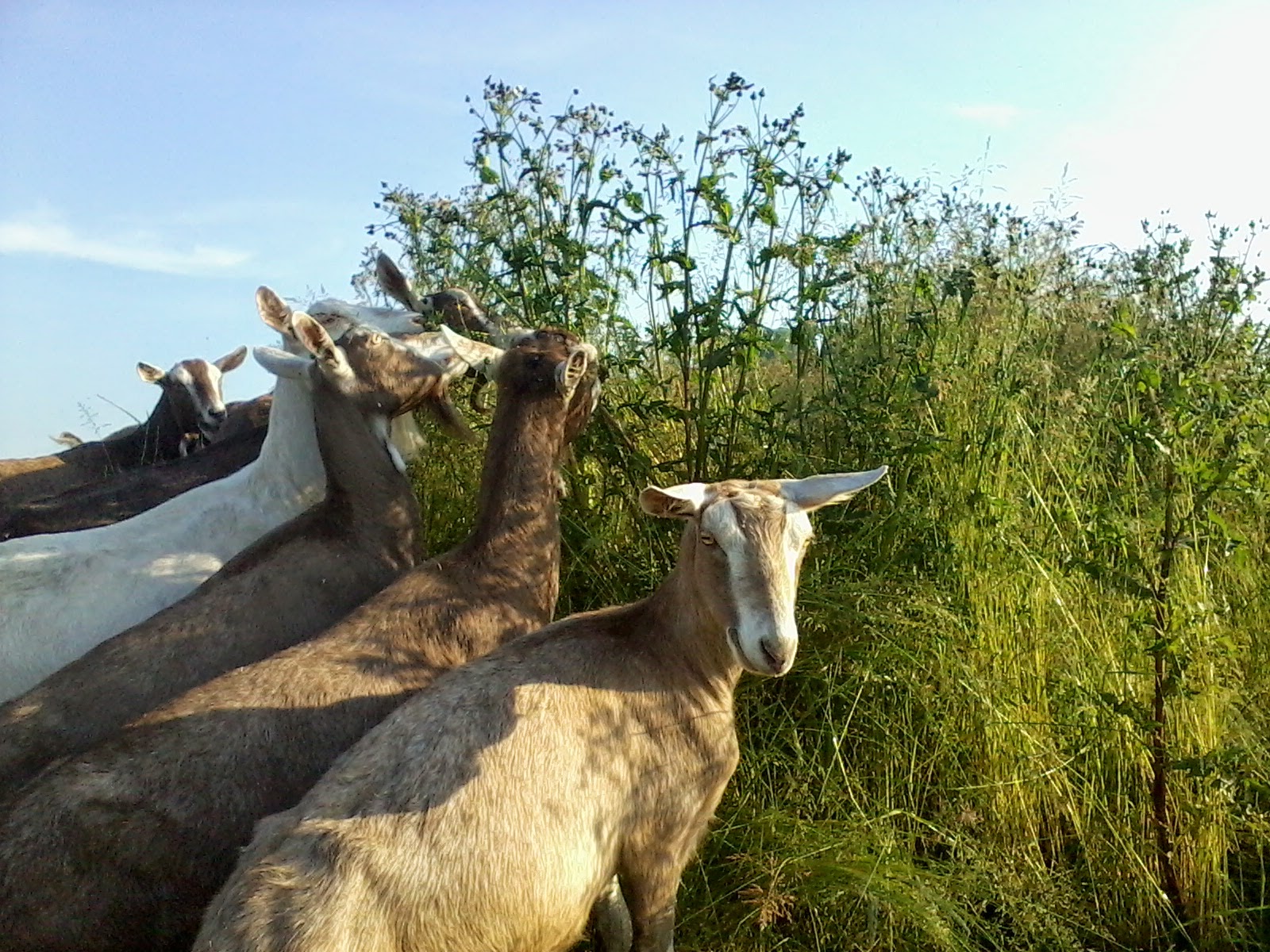 There were lots of lovely tasty thistles on the mountain 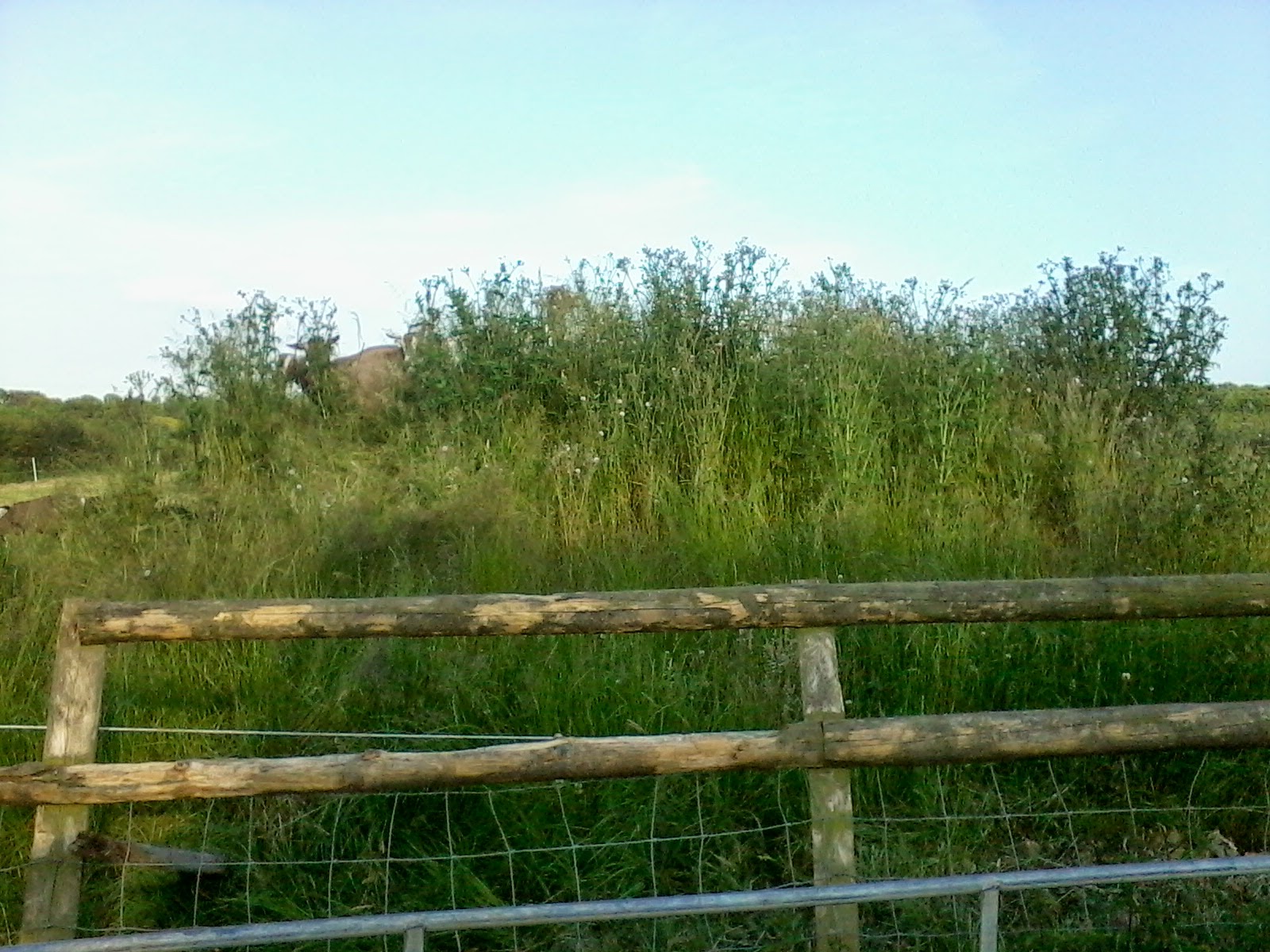 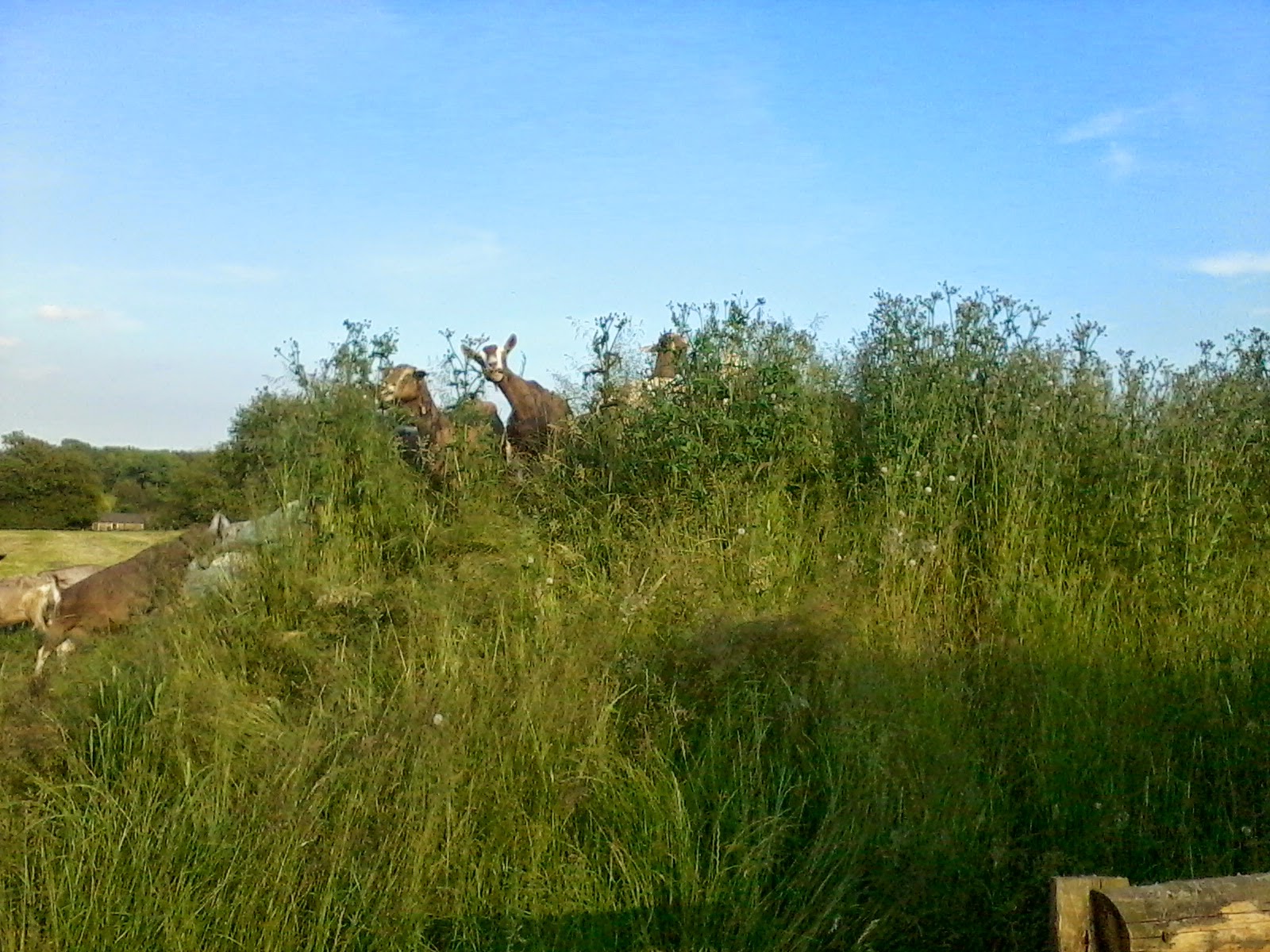 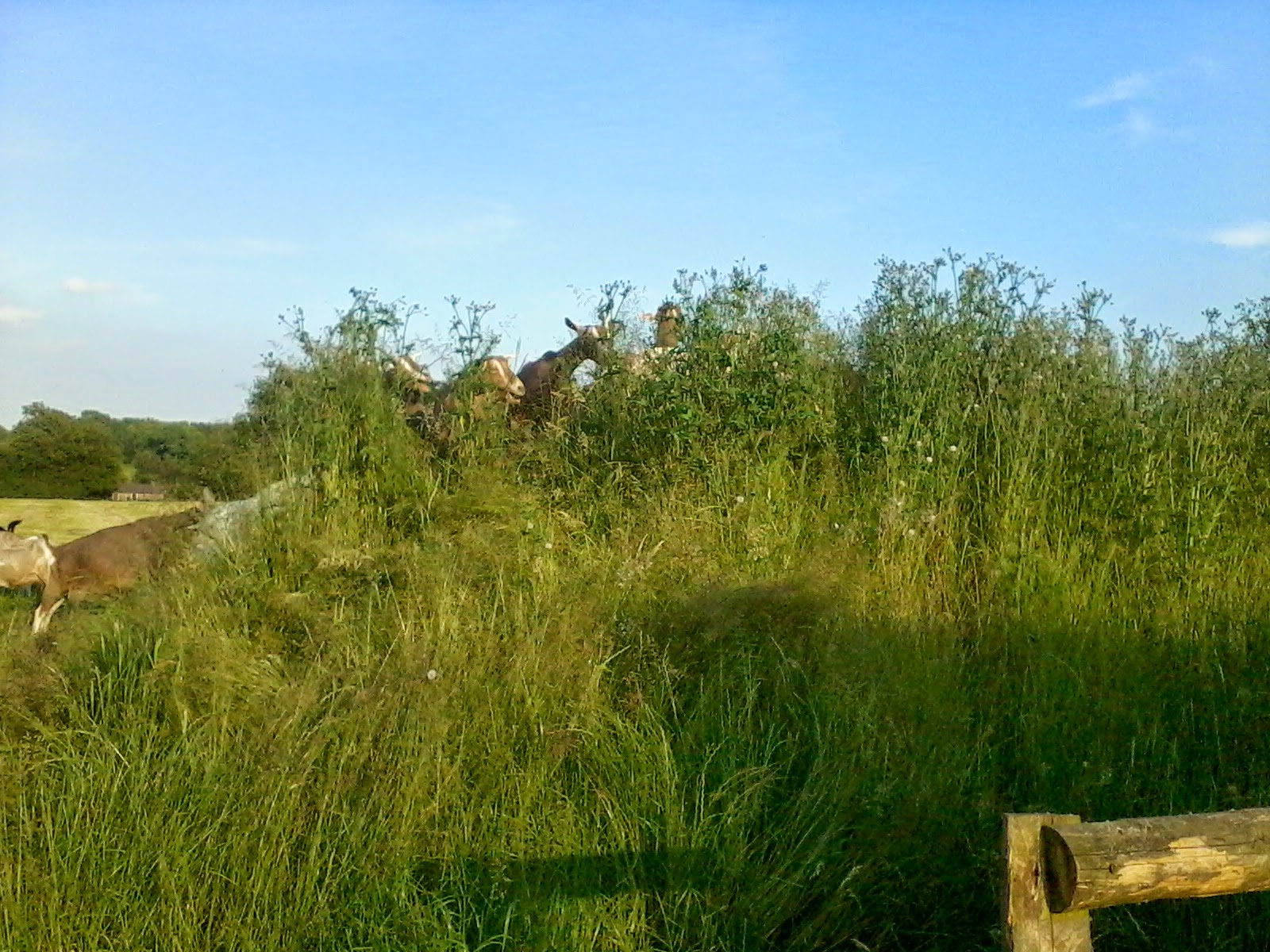 and then round the other side 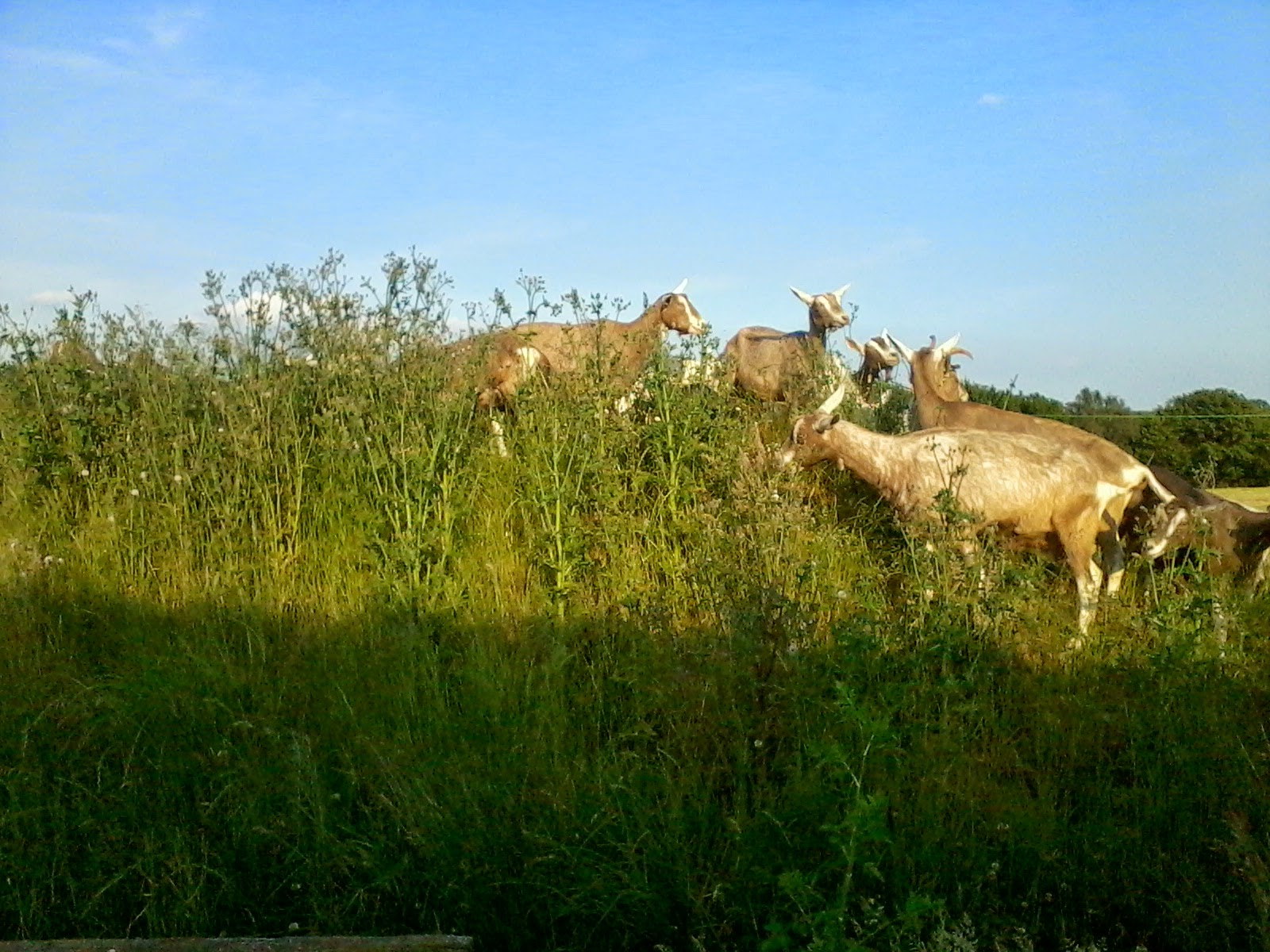 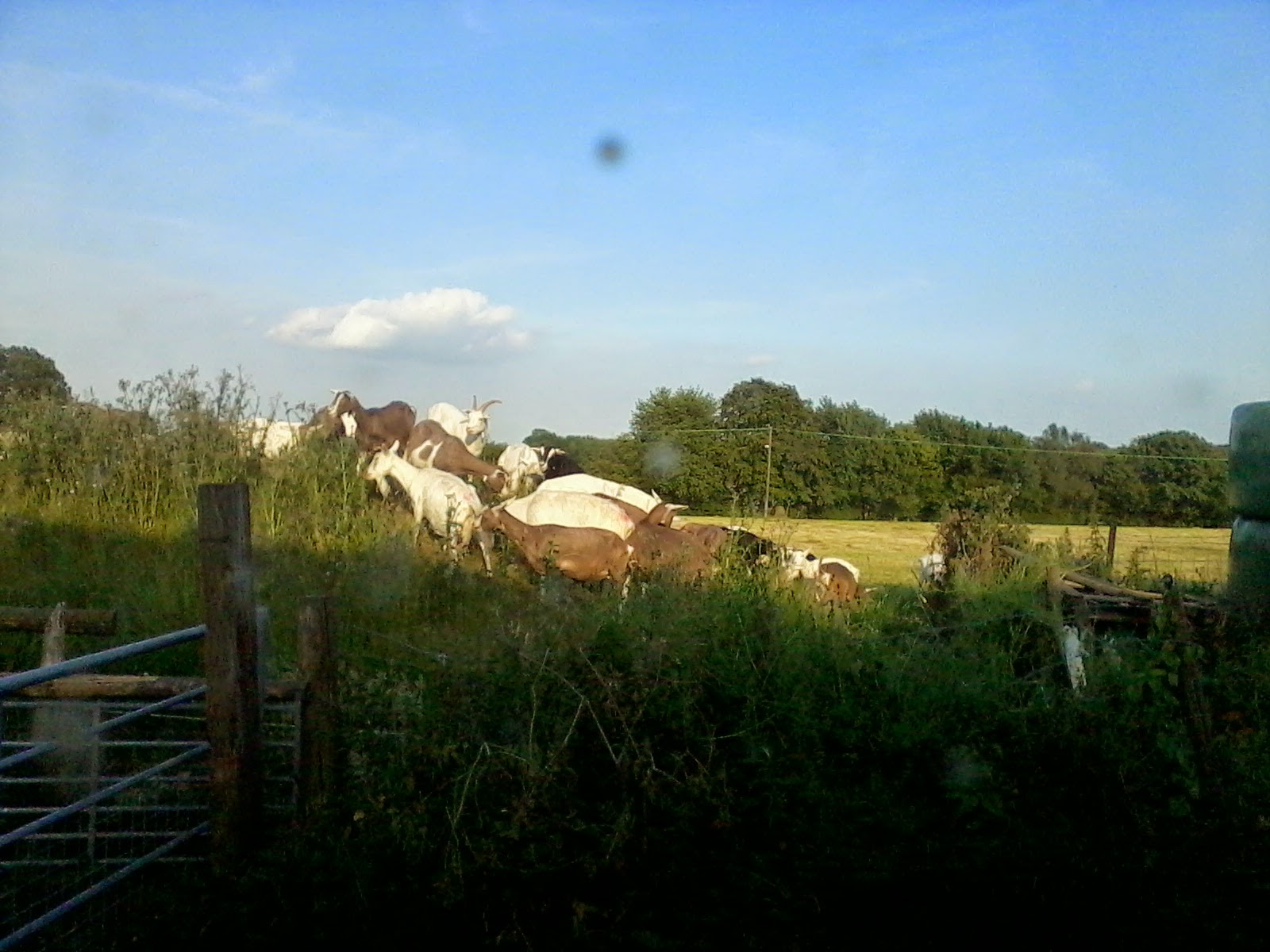 Less than an hour later - all the thistles had gone!  All cleared. 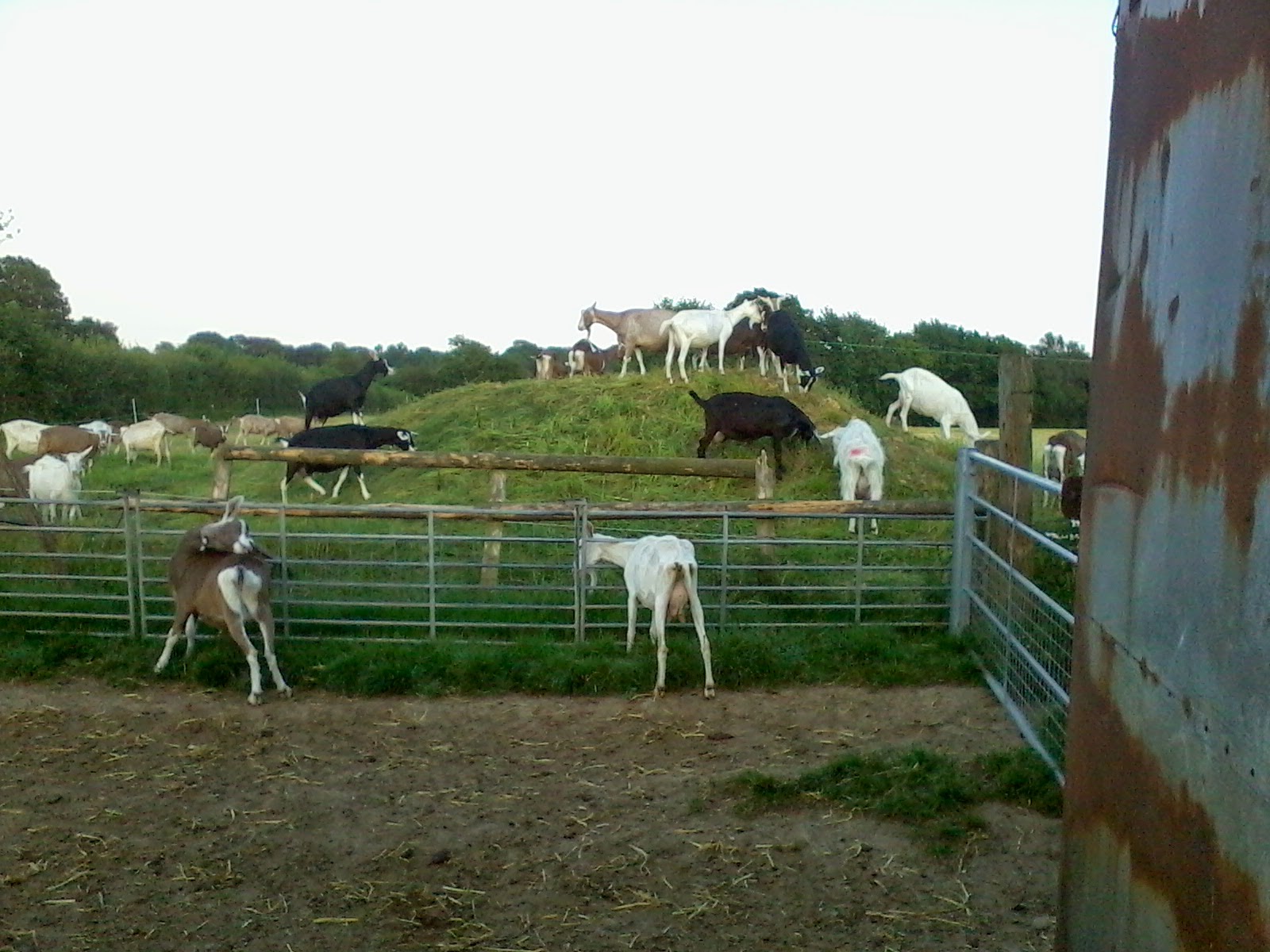