The day the scanning man came to call ..

Out of the dark and cold a red van appeared on the horizon and a strange man emerged, muffled against the biting wind in multiple layers of hats and trousers.  Michael had spent an exceedingly cold Monday scanning around 2500 sheep and so, by the the time he got to us, he was ready for a nice hot coffee and 5 minutes rest.

But then it was all hands on deck to unload his special scanning crate .. easy to use with sheep but not really tested on goats.  Looks like a spit roast to me! 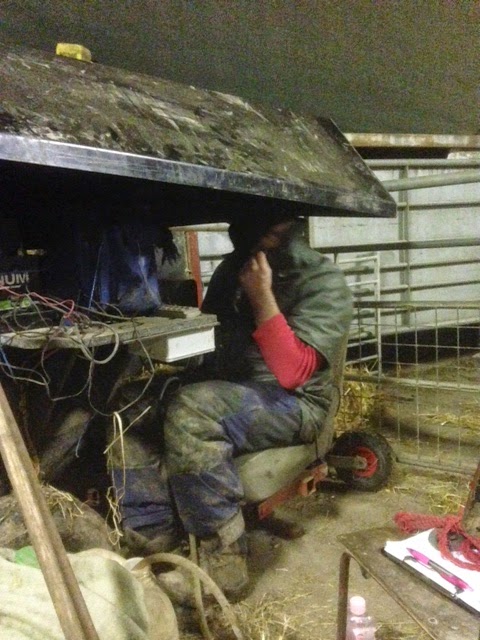 Michael sits in front of his scanning screen and the goaties pass through on his right hand side.  Some of them needed a bit of coaxing to get through the gates and narrow passageway but they soon got the hang of it.

Hugo was looking rather anxious as the scanning started - after all, this was a test of his manhood. Given that he failed in rather spectacular fashion last year to get anyone at all in kid, his reputation as a big stud male was firmly in question.

But he needn't have worried - all his ladies were well in kid and many of them are carrying triplets.  That's the Anglo Nubian genes coming through!!  Ellie goat (granddaughter of the original Ellie) is apparently carrying quads, as is big old Florence goat.  There had to be a good reason why she is so large that she can barely fit in the milking parlour! 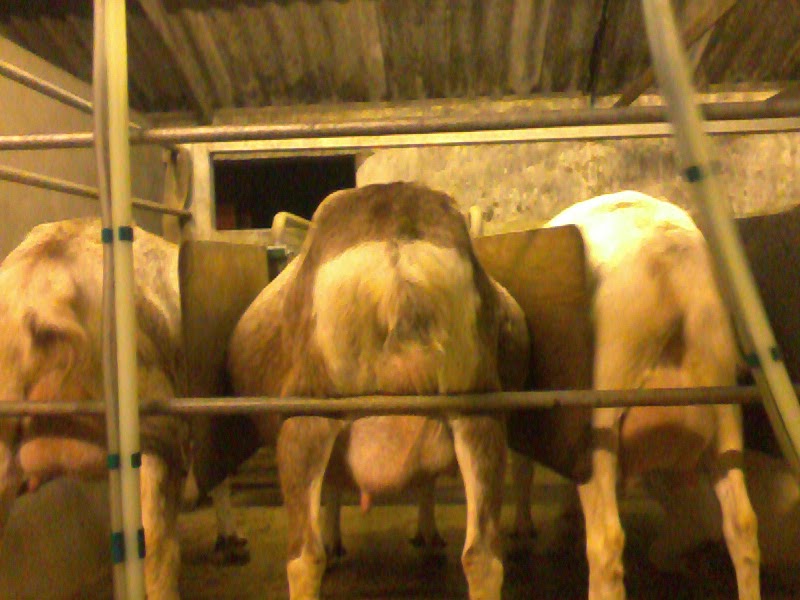 So, in total, we are expecting around 180 babies to arrive in the spring.  Looks like young Husky should kick things off around 8 March with her twins, closely followed by Meryl (twins), Quince and Daisy (twins) and tiny little TiddlyWiddly goat who is carrying just a single baby.

Bearing in mind that Hugo is the father of many of the babies, we can expect a lot of absolutely ridiculous ears to appear this year!

News from the new herd in Herefordshire is that some of our young goatlings have already kidded and so they will all be well into the swing of things in a couple of weeks time.  They also have 120 milkers arriving from Sussex next Wednesday ... rather them than me!

And a milestone was reached yesterday afternoon as my little white van hit 200,000 miles on the clock.  And still going strong!! 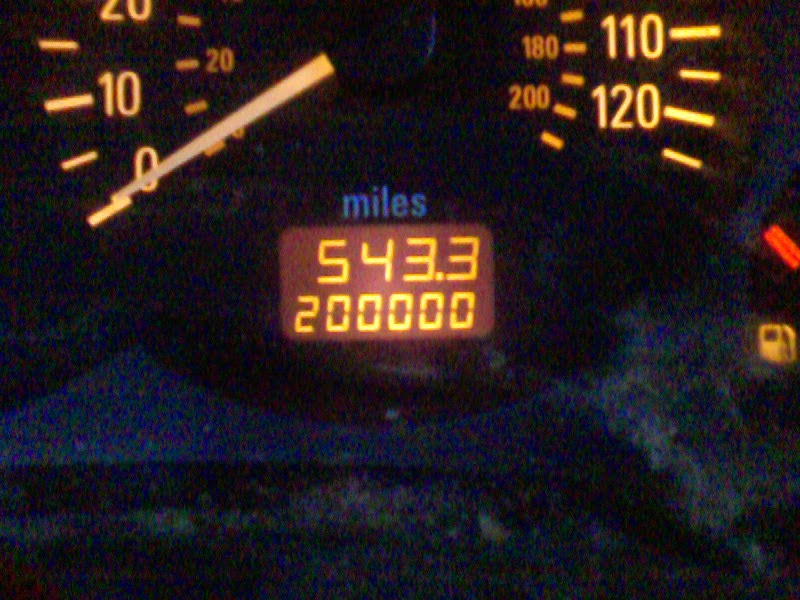