And let's hope that it will be a fine and healthy 2015 for everyone!

Life has continued much as normal for the goaties and humans at Ellie's Dairy over the festive period.  Still up early for milking every day, still making cheese and bottling milk.  But it has been rather nice not having to rush about everywhere with deliveries and I have spent several days catching up with my paperwork mountain.  I am almost back in control of it now!

The Gracie Moos are now well settled back at the farm and were pleased to have a new bale of silage yesterday morning.  David struggled to get the tractor in to drop the bale as the Gracies insisted on standing in front of the tractor to eat the bale as soon as it appeared at their gate.

But they soon moved out of the way and then set about contentedly munching away .. 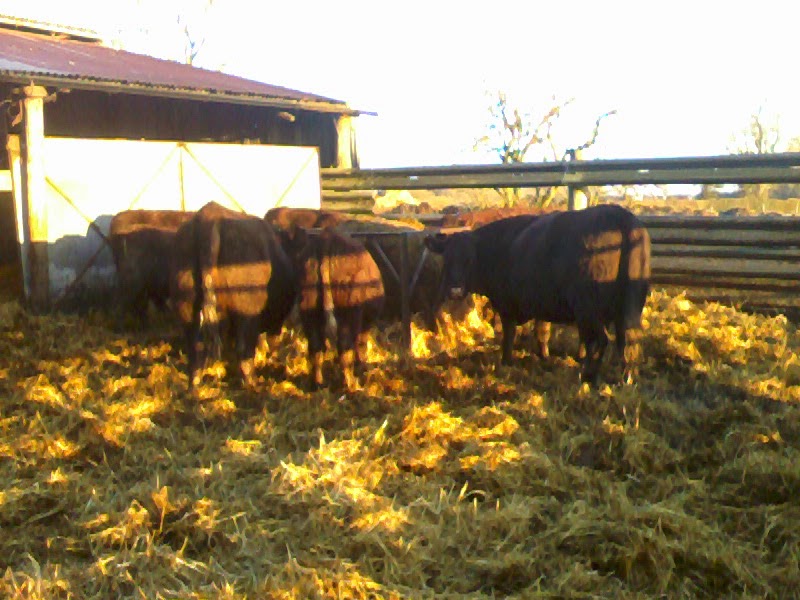 Whilst all this was going on, we shut the back gate to the goatie barn to keep those naughty goaties out of the way.  But, as usual, they had to see what was going on outside and why the gate had been shut on them .. Here's Enid and Beatrix checking out the action outside .. 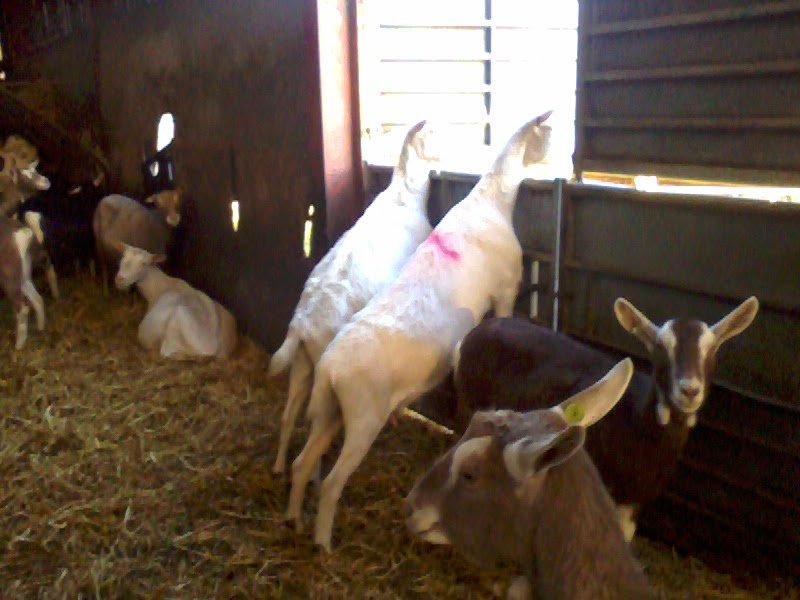 And as soon as the tractor was out of the way and the gate was opened again .. out trots everyone to see what has been going on .. 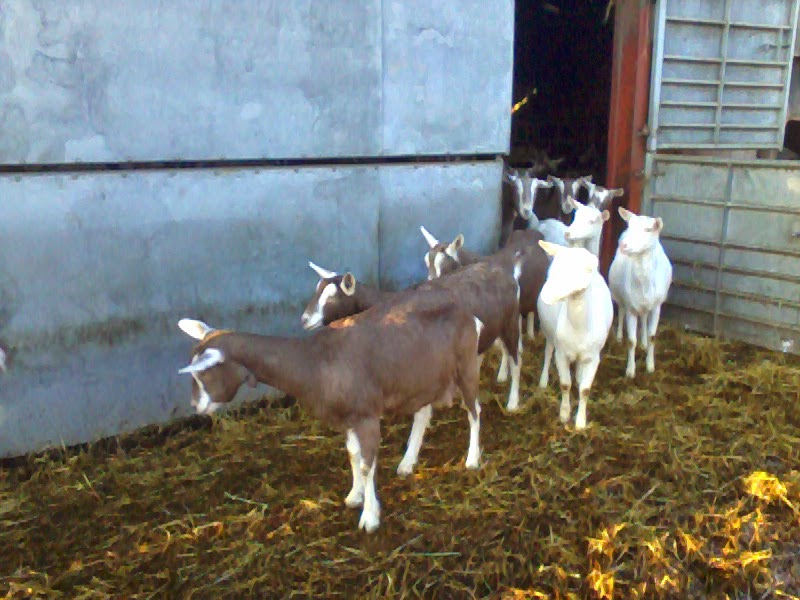 David spent some of the Xmas hols mucking out and The Boys have been moved into an area further into the main barn.  David was concerned that Beamish (elderly and hairless!) was sitting in a draughty place and thought that he needed to go somewhere a little more cosy.  So, now they have a nice sheltered area at the back of the barn with 3 sides facing out to the girls.  Very snuggly and with a panoramic view of their ladies! 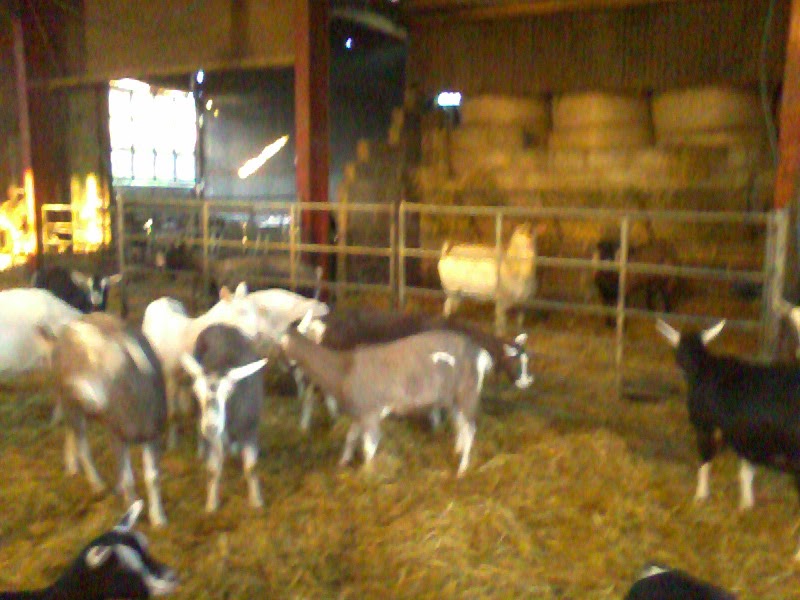 Epi is up to her old tricks again and so the 'naughty corner' is back in use during milking times. 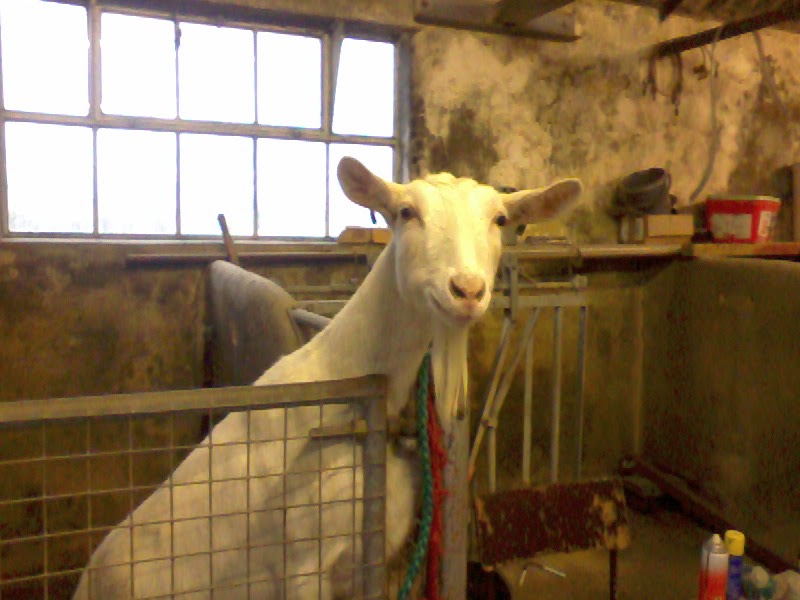 Many of the young goatlings are coming through the parlour now as well - some of them are brave enough to run up the ramp and come through the stalls with the milkers.  Some are just content to run in and eat from a bucket - sisters Connie and Prunella are quite happy to share their dinner! 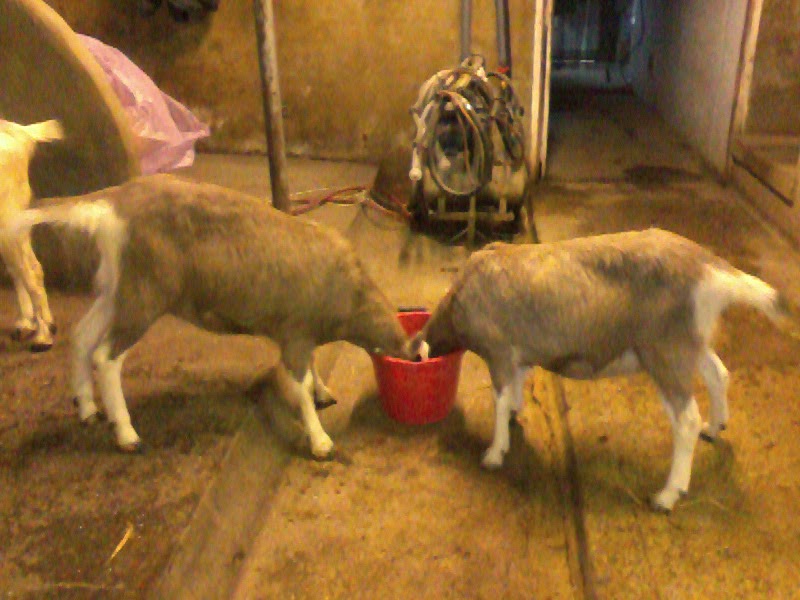 Some of the old girls are happier to eat from the wheelbarrow - Mora and Thelma are regular visitors for extra dinner, 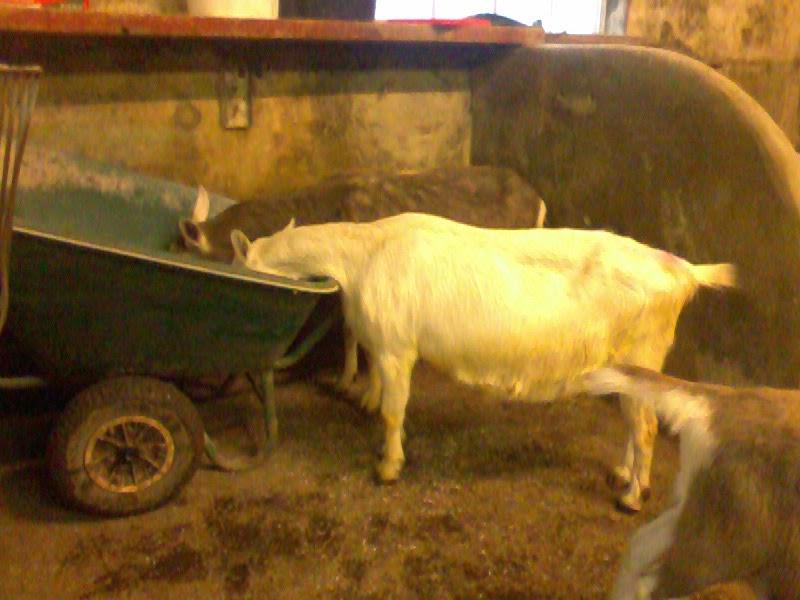 Both of these are now 'geriatric' goats .. According to the veterinary literature, goats over 6 years old are 'veterans' whilst those over 8 years old are 'geriatric'. Think Betty and Wilma might have something to say about that!