What a thoroughly horrid day!  Very cold and damp - the kind of day that gets into your old bones first thing in the morning and stays there all day ...  But then, it is December I suppose!

The goaties stayed firmly indoors and were very cosy in their new straw.  A few were nibbling on hay whilst others were just lounging about.  Some just seem to have a knack of finding the most comfy bed of straw .. 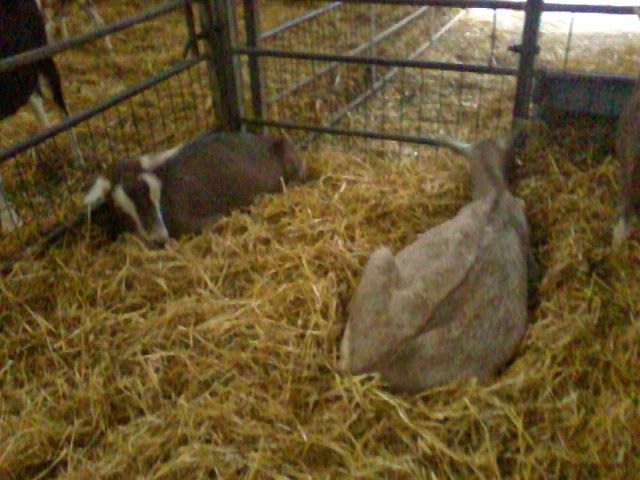 Siouxsie managed to plonk herself down on the thickest wad of straw that she could find: 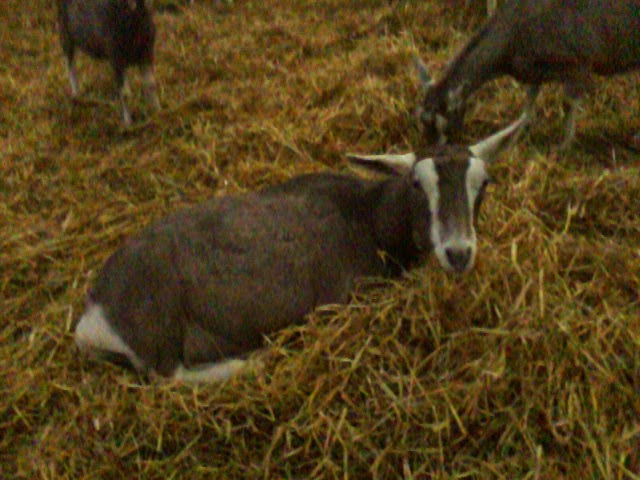 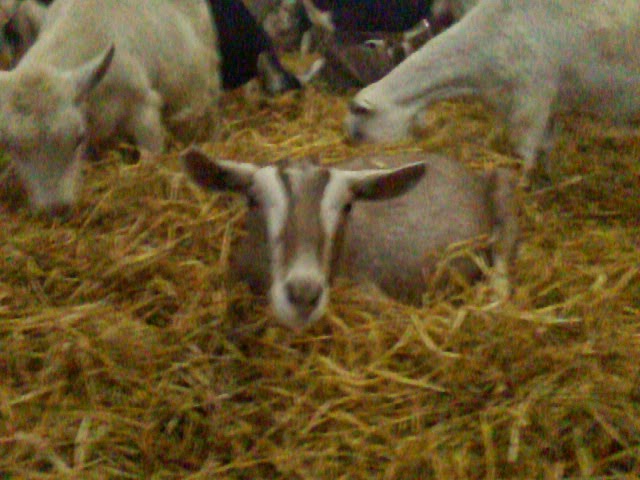 Once our bunch of goatlings and kids had gone off to their new home in Herefordshire, we moved the remaining goatlings back up to the farm to live with our milkers.  The idea is that they all get used to each other before kidding time and the goatlings also have a chance to come into the parlour and get used to the noise and machinery before they have to come in and be milked.

Always very stressful for goatlings - kidding and then having to be milked.  One day they are a  teenager without a care in the world and the next day they are a responsible adult milking goat.  It's hard for them and so we try to reduce the stress by getting them into the milking parlour routine well before they have to do it for real.

And so it is always rewarding to see them lying in amongst the older milkers, thoroughly relaxed and at ease.  Here's our lovely young Cara goat .. 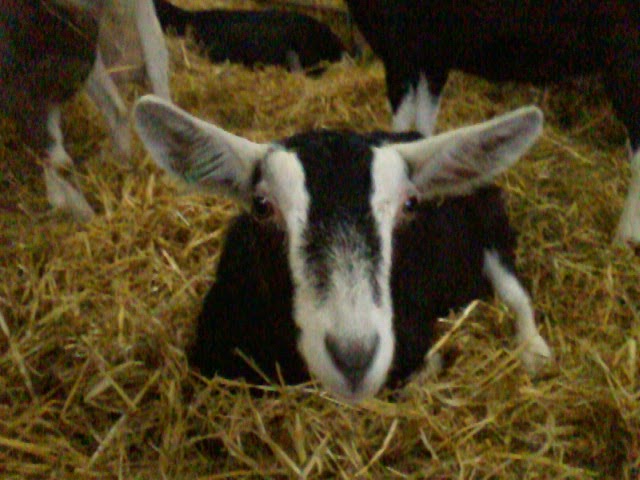 Older followers of our blog may recall the two very poorly kids from last year that I had living in a crate in the caravan for a couple of weeks whilst we struggled to get them started: 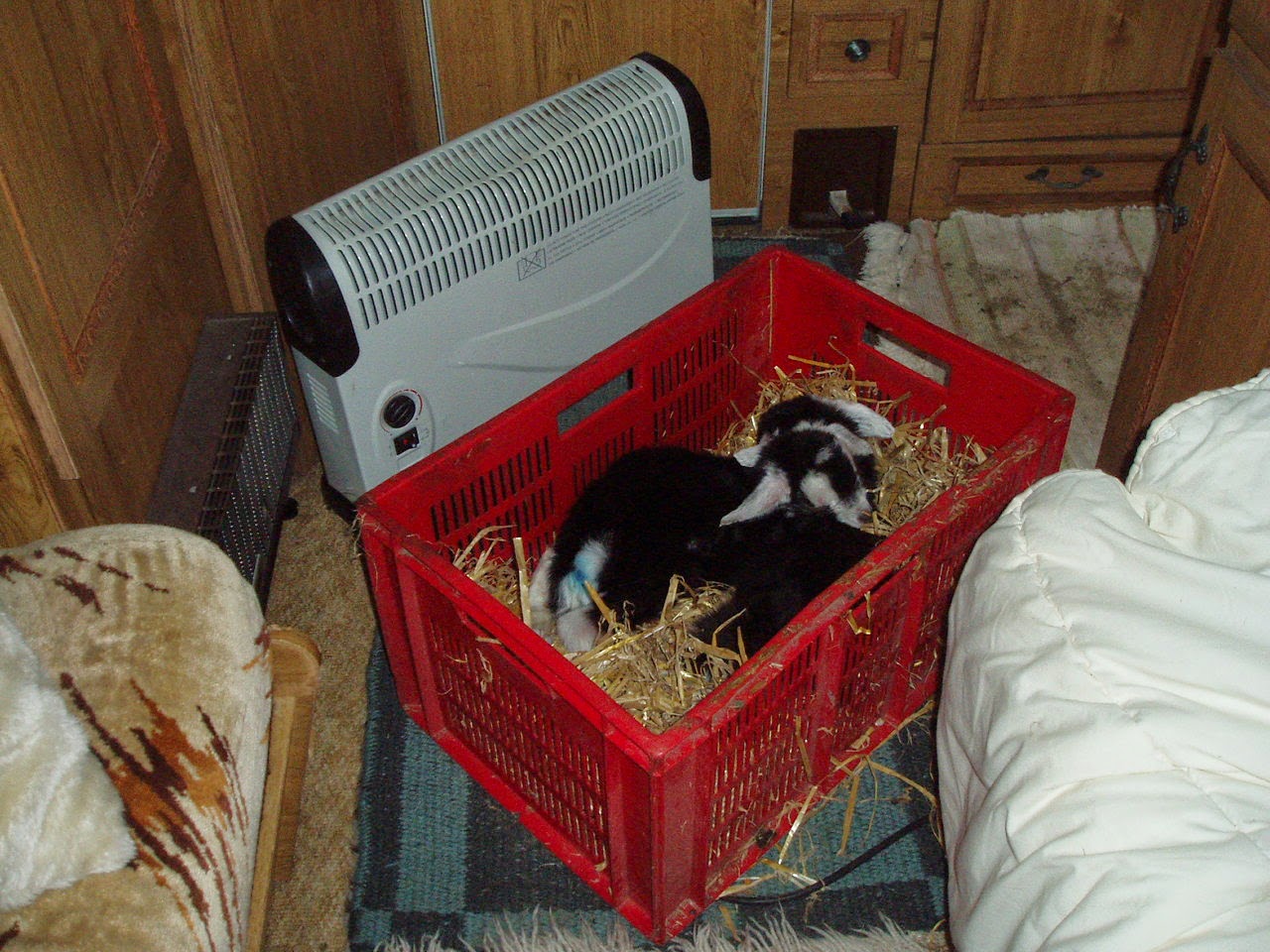 Well ... one of those kids turned out to be Cara.  Doing OK don't you think?!

And of course, when we moved the goatlings we had to bring our little Fizzy goat with them.  We were always a bit reluctant to put her in with the bigger goats as we thought that she might get bullied and pushed around as she is much smaller and slightly deformed.  So she always lived with the younger kids who were the same size as her.

But we needn't have worried!  She is a feisty girl and can hold her own against any old goat that tries to push her around!  In her own mind, she is a big goat too.  Completely at home with everyone else .. happy and relaxed: 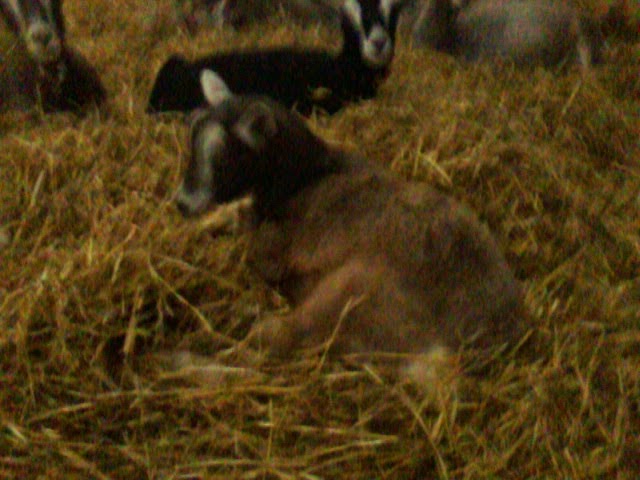 As the weather became colder and wetter, we moved the big lads back into their winter quarters in the hay barn.  This year, as we have all these extra kids, they are sharing their accomodation with their offspring but are happy to be warm and dry and nearer to all their lovely ladies.

Our new boy Fenn is hard at work and one of our own youngsters is keeping him company when there are no ladies to occupy his time:﻿ Our little chap goes by the grand name of Clark (Gable) as his mum is called Scarlet.  Name that film ...

Clark was destined to go with some other kids to a lovely lady in East Anglia but as he was quite poorly when he was younger I decided that he should stay with us.  After he had recovered, we were then intending that he should go to the butcher but, as time has gone on, he has become such a healthy and handsome chap that I am trying to find reasons to keep him as a working boy.  And he is Fenn's best mate after all .. 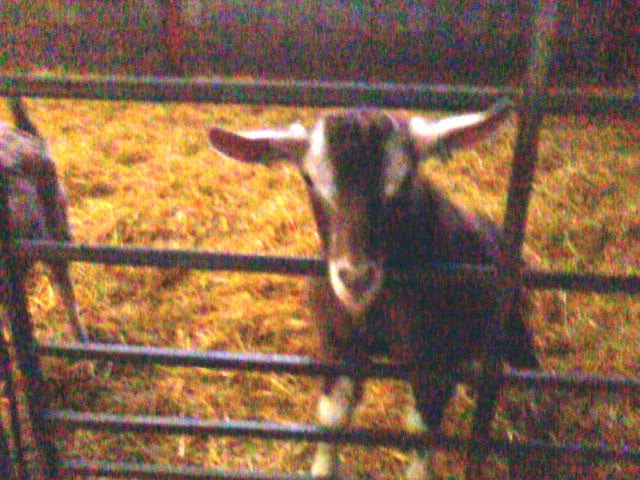 Many of our girls should be in kid now but there are a few still coming into season.  They can be extremely noisy at this time of year and like to let the boys know that they are around!  Here's one of the youngsters in the milking parlour, just dying to get back out to see Fenn and Clark ..


And finally, what of Marmite cat on such a dismal day?  Well, she can be found in her usual place - curled up on her cushion in the airing cupboard .. 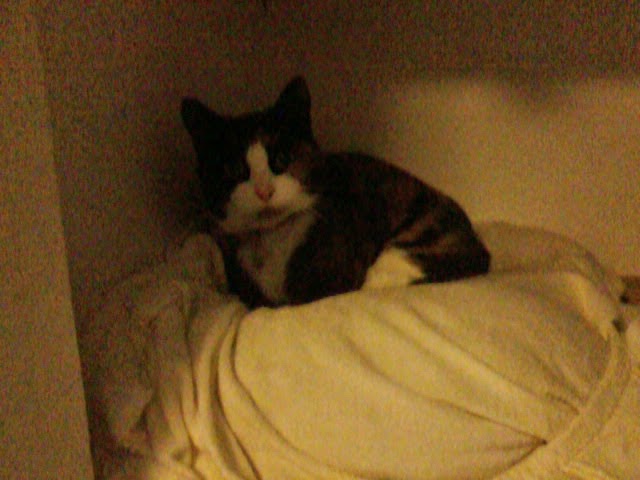 I'm going to come back as a Marmite cat in my next life!