A fungi kind of day

It was one of those strange days full of mushrooms in various guises ... Not your usual kind of Monday!

It started with a fairy ring that had appeared in the middle of my lawn overnight.  Obviously the fairies had been out dancing in the moonlight!  This is just a small part of it. 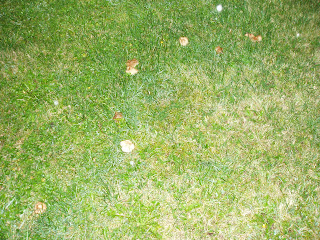 Then, I came across a rather sinister looking specimen that had popped up in the gravel near the cheese plant.  More a toadstool than a mushroom I think .. Inky black and dripping.  Nasty .. 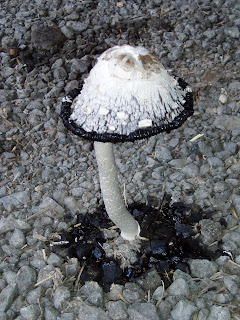 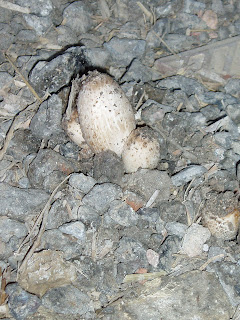 I'm not good on fungi identification but I think it's possibly a Shaggy Ink Cap.  Wouldn't swear to it though!

And then, my colleague Sharon walked into the cheese plant with a handful of lovely field mushrooms that she had picked from her horses' field.  She is not a lover of mushrooms and so I got them for my supper! 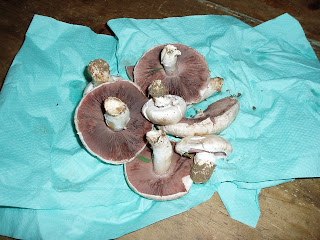 And then there were the drums .... A few weeks ago I was contacted by one of my fellow farmers market stall holders called Tobi (he is a phenomenal baker from Whitstable).  He wondered if we ever had any goat skins available as he wanted a couple to make a drum.  As it happened, two of my little chaps were going to meet their maker that week and so I arranged for him to be able to collect the skins from the butcher.

Like everything else in this world, there are rules and regulations about goat skins and Tobi had to collect them in an approved and correctly labelled leakproof plastic box.  And paperwork to go with them as well ...  But all went according to plan and he was soon the proud owner of two beautiful kid skins.  He has experience of tanning the skins himself and so I left him to it!

And here is the result: 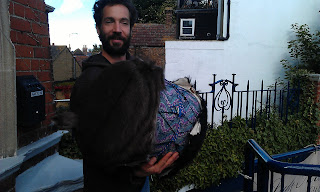 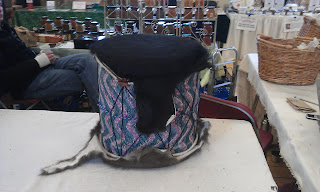 They are gorgeous.  Shiny and smooth.  And yes, before you ask, I do know exactly who they are!  I have to admit that, as a veggie, I prefer my skins still on the animal.  But it's nice to know that they were not wasted and that someone can get a lot of pleasure from them.

This week I have to get my act together for a new market on Saturday at West Hampstead.  This new market has only been running for a few weeks but is apparently VERY busy .. My first time over that way so I need to make sure I have some idea of where I am going!